USMCA is the only major legislation that got Trump the backing of Democrats, although the party leaders were shut out of the White House ceremony…reports Arul Louis from New York 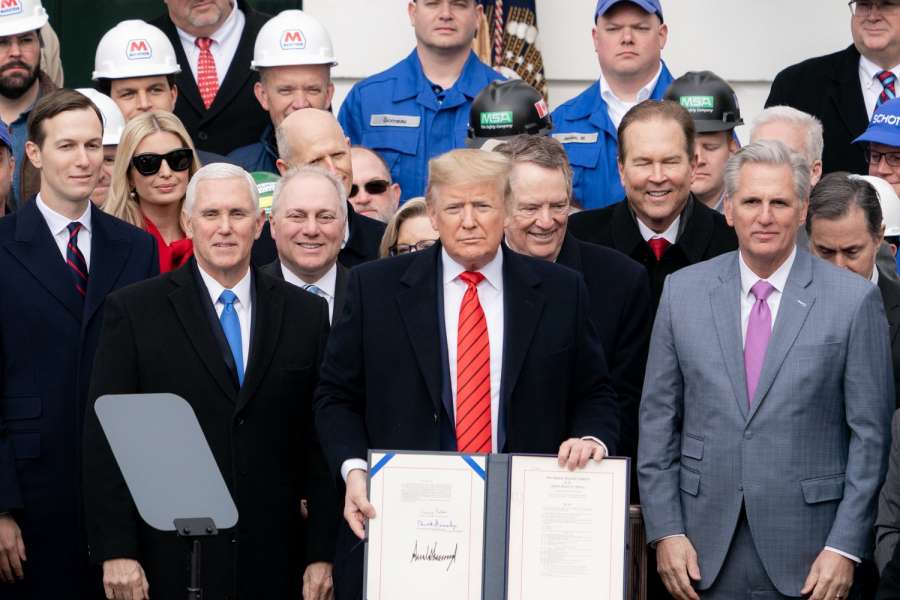 United States President Donald Trump has signed the US-Mexico-Canada Agreement (USMCA) that revamps the trade arrangement between the three neighbours replacing a pact strongly criticised by him.

The USMCA signed on Wednesday sets the framework for the annual $1.4 trillion trade between the three neighbours and replaces the 26-year-old North American Free Trade Agreement (NAFTA).

USMCA is the only major legislation that got Trump the backing of Democrats, although the party leaders were shut out of the White House ceremony.

The rare example of bipartisan cooperation during Trump’s volatile three years in office, the signing took place while Trump was being tried in the Senate on charges brought by the Democrat-controlled House of Representatives.

Making trade fair from the US point of view has been one of the cornerstones Trump’s election manifesto and the USMCA is his second victory following the signing of the first phase of the China deal this month in the middle of his many trade wars.

Although she disagrees with the president on most issues, Democrat Speaker Nany Pelosi conceded last month, “There is no question of course that this trade agreement is much better than NAFTA.” 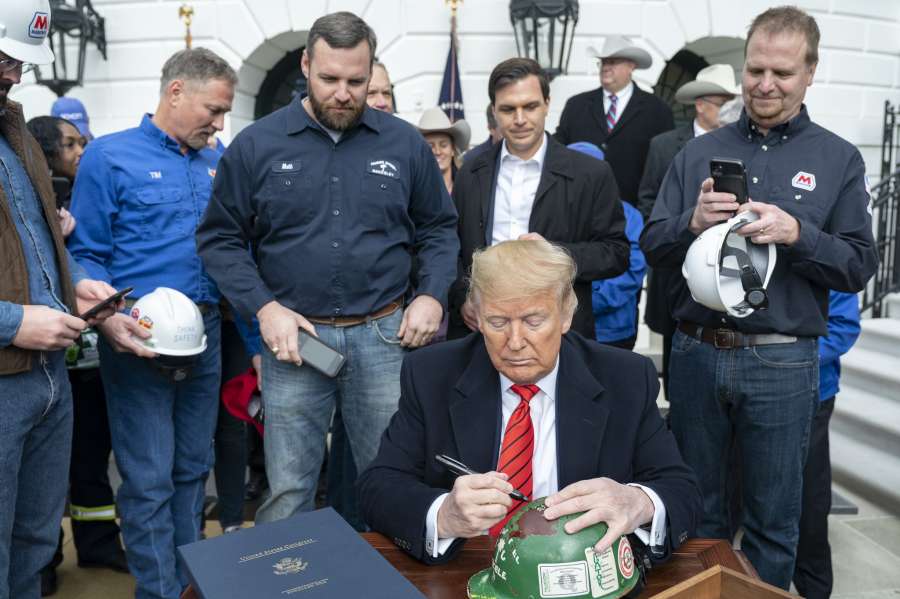 While the Mexican Senate has also approved it, the agreement has yet to be ratified by Canada and Prime Minister Justin Trudeau’s minority government is trying to get support for the pact, which may not get the OK till April.

NAFTA came into force in 1993 while Bill Clinton was president, although it was negotiated by his predecessor, George Bush and mainly slashed tariffs between the three countries encouraging companies to shift to low wage Mexico.

“We have replaced a disastrous trade deal that rewarded outsourcing with a truly fair and reciprocal trade deal that will keep jobs, wealth and growth right here in America,” Trump said at the signing ceremony.

Trump, who had attacked the NAFTA during his election campaign saying that it led to the loss of jobs in the US and and was weighted against the country.

The new agreement includes several environmental and labour provisions that were pushed by the Democrats during their negotiations with the White House.

These measures were directed mainly against Mexico, whose lower labour and environmental standards gave that country a big advantage over the US.

Trump’s base of workers suffering from NAFTA’s impact, as well as unions that lean towards the Democrats supported the USMCA. 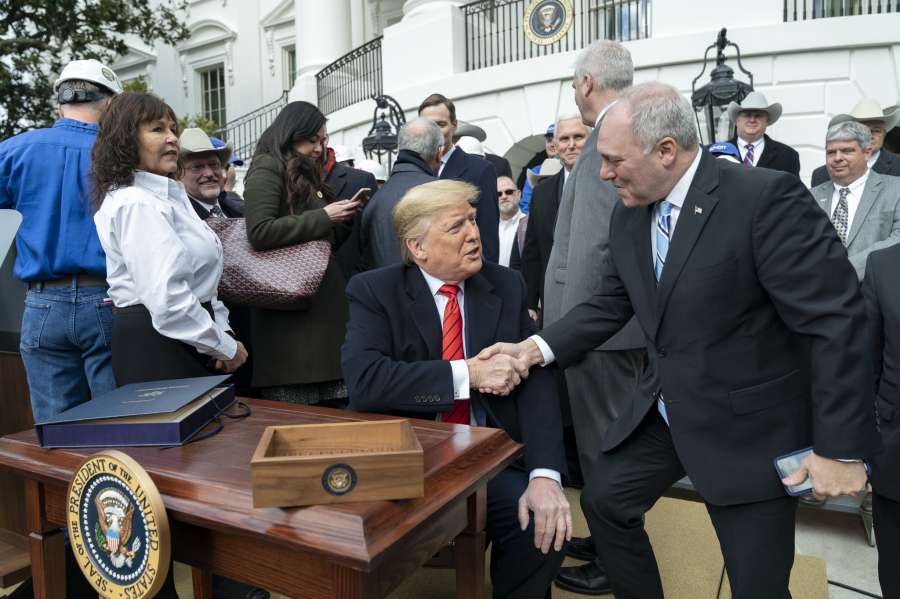 The pact, for example, requires that to qualify for lower tariff at least 40 per cent of vehicles have to manufactured where workers are paid at least $16 an hour, and that 75 per cent of the components in an automobile has to come from within North America.

The agreement also seeks to provide greater access for US farm and dairy products to the other two countries, mainly affecting Canada.

In dealing with a contemporary issue that has entangled others like India and European countries, the USMCA blocks restrictions requiring data to be stored within a country.

Trump said that the USMC would increase US growth by 1.2 per cent and his officials have said that it would add several hundred thousand jobs, both of which are questioned by economists.