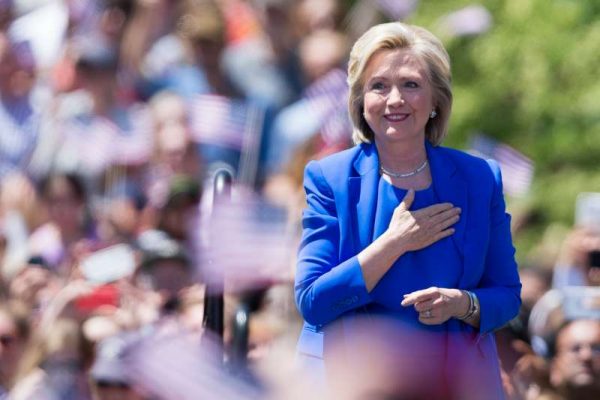 Democrats have made Hillary Clinton the first female presidential nominee of a major party in the US history, after former President Bill Clinton endorsed his wife, saying she was a “change-maker” who will “never quit”.

The former first lady, New York senator and secretary of state was formally installed as the party nominee at the Democratic convention in Philadelphia, to take on Republican presidential nominee Donald Trump, CNN reported.

Clinton, who will formally accept the nomination on Thursday night, appeared at the convention live via satellite and thanked delegates for confirming her as the party’s nominee.

“What an incredible honour that you have given me and I can’t believe we just put the biggest crack in that glass ceiling yet,” Clinton said.

“This woman has never been satisfied with the status quo on anything. She has always wanted to move the ball forward – that is who she is,” Bill Clinton said. “She’s a change-maker. That’s what she does.”

He also spoke in deeply personal terms of the early days of their relationship. “In the spring of 1971, I met a girl,” he said.

Bill Clinton said he and Hillary have been together in “good times and bad, through joy and heartbreak.”

“We’ve built up a lifetime of memories,” he said.

Hillary Clinton’s nomination comes on the second day of the Democratic National Convention, where leaders sought to move past the drama of divisions between Clinton and Sanders supporters.