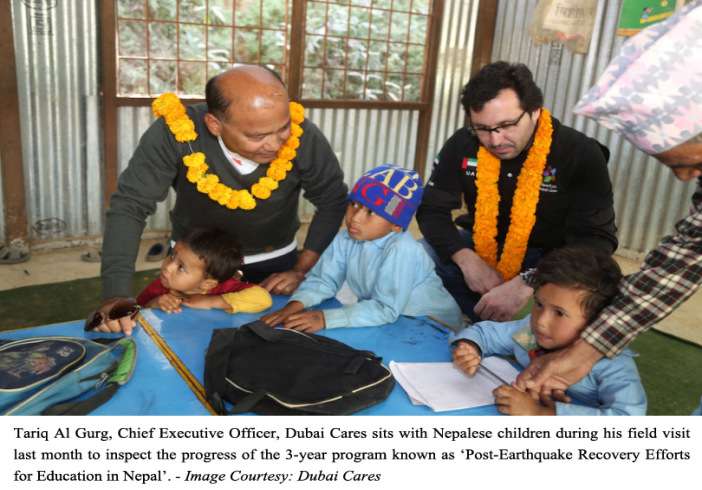 As part of its Education in Emergencies strategy, which consists of providing children the opportunity to learn and cope during and after crisis, Dubai Cares has officially announced a 3-year programme known as ‘Post-Earthquake Recovery Efforts for Education in Nepal’ in partnership with Room to Read.

The AED 9,183,750 (US$ 2,500,000) programme, which was launched during a field visit conducted in late November by a Dubai Cares delegation led by Tariq Al Gurg, Chief Executive Officer, includes a two-phase recovery intervention.

The first one focuses on infrastructure and learning environments including the reconstruction and renovation of 10 schools, which include 115 classrooms, in the Nuwakot district, and the second one consists of implementing a holistic literacy programme targeting children between the age of 4 and 10 in 100 schools.

In April 2015, a massive 7.9 magnitude earthquake hit a vast, mountainous region between Kathmandu, the country’s capital, and the city of Pokhara. A severe aftershock followed a few days later, bringing the death toll to more than 8,800, of which 2,300 were children.

More than 875,000 homes were damaged or destroyed, as well as schools, medical facilities and other infrastructural services. About 1 million students were left without access to school, 32,000 classrooms were destroyed, and an additional 15,000 were damaged. It was the worst earthquake to hit Nepal in the past 80 years.

Speaking from the field during his visit to schools that set to benefit from the reconstruction efforts, Tariq Al Gurg said, “Natural disasters such as Nepal’s devastating earthquake are in the international headlines for a few weeks, but after that the real work of rebuilding the fractured communities must begin.

“In line with our commitment for supporting Education in Emergencies, Dubai Cares intends to help children go back to school to minimise difficulties of their education and exposure to risks of neglect, exploitation and trafficking. Dubai Cares is well placed to offer a helping hand that will make a hugely positive contribution to children’s community that has suffered unimaginable trauma.”

Welcoming Dubai Cares’ significant contribution to the post-earthquake rebuilding efforts and more specifically the education landscape in Nepal, Saeed Hamdan, Ambassador of the United Arab Emirates to Nepal said, “Dubai Cares’ efforts in Nepal, as well as the humanitarian interventions led by the UAE, reflect the principles of the UAE leadership and people’s commitment for supporting countries make progress towards achieving the Sustainable Development Goals. This has helped the UAE be at the forefront in the field of philanthropic and charity work.”

Dubai Cares’ programme in Nepal also aims to support the long-term response in favour of children who experienced psychological distress following the earthquake that disrupted their ability to learn. 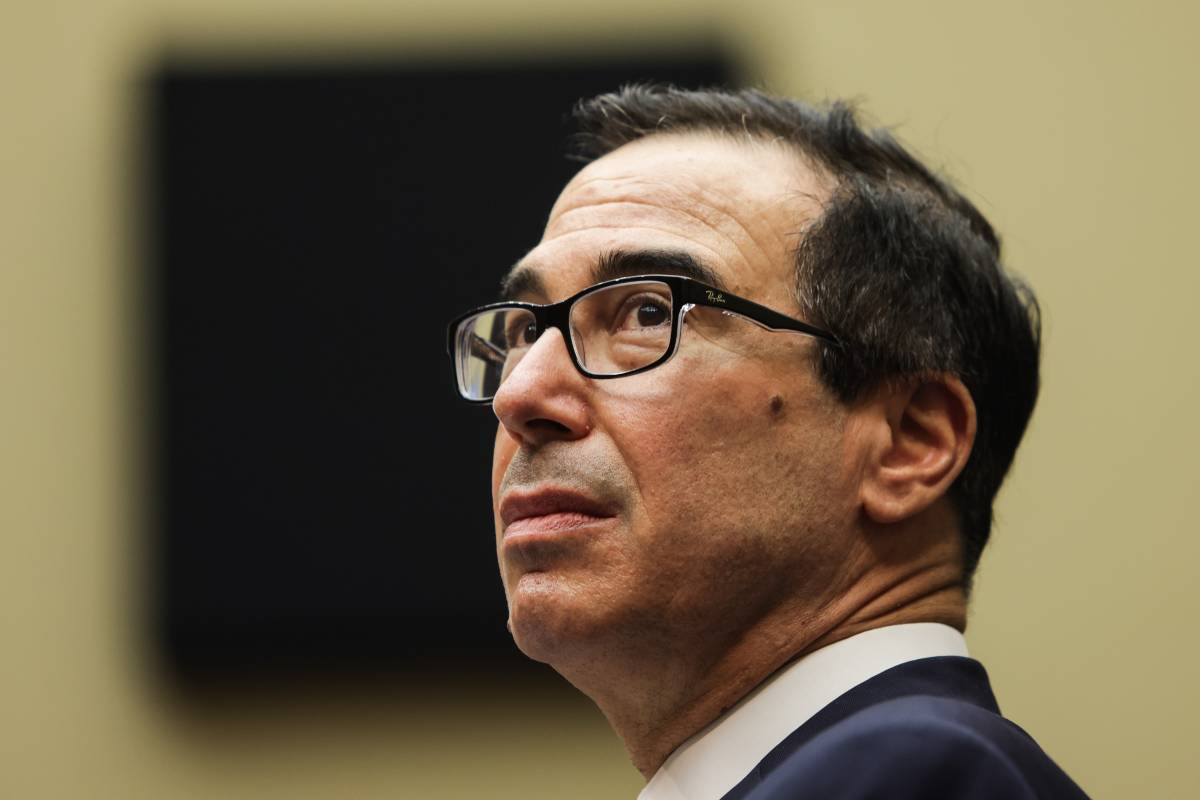 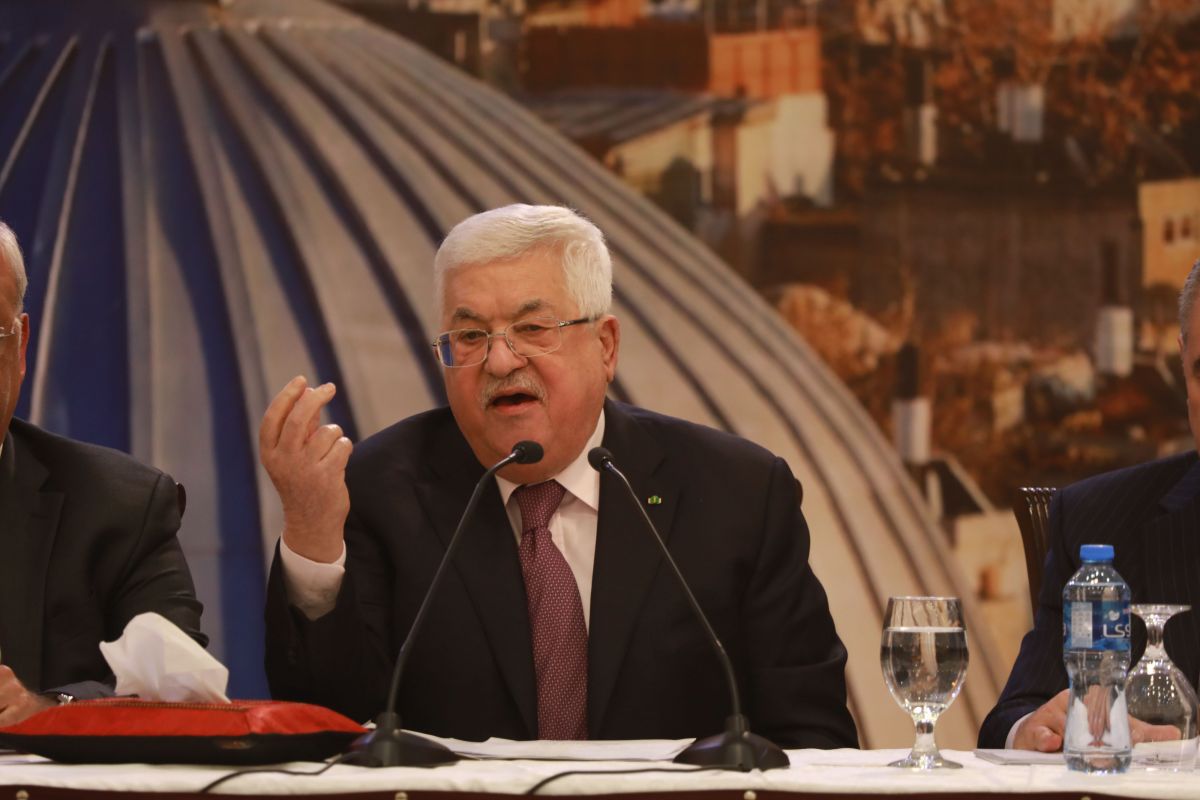 Palestine polls likely to be held before May 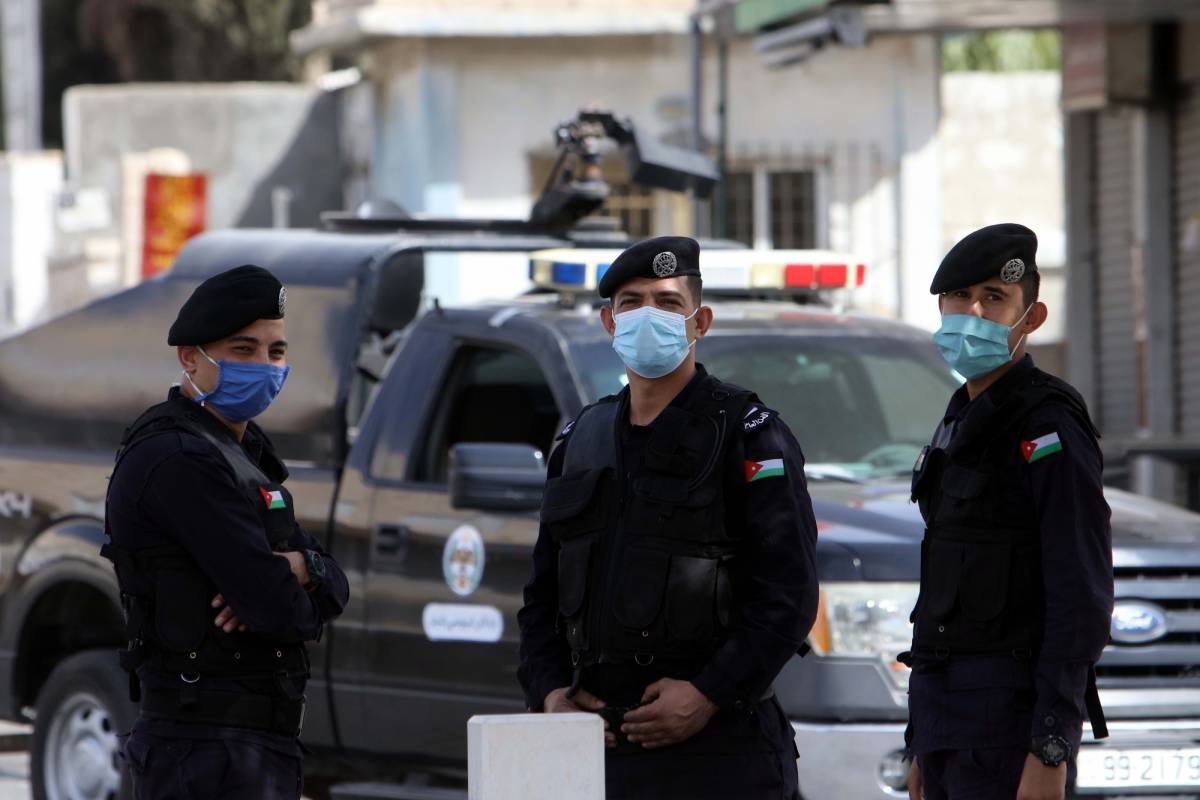