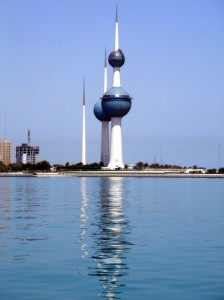 Three members of a gang that killed two Indian guards during an armed robbery in Kuwait last month have been arrested, a media report said Monday.

Sharangdharan, 55, and Mohammad Rashid Jamalullali Thangal, 25, were shot from close range by two armed assailants while they were walking towards their security van after collecting 13,000 Kuwaiti dinars (around $46214) in cash from a Sulaibiya supermarket in Kuwait’s Al Jahra city to be deposited in a bank April 25.

The gang leader, a 21-year-old stateless man, was apprehended one day after his two accomplices, a Syrian national, 18, and another stateless man, 20, were arrested by the police, the Gulf News reported Monday.

The assailants took the money and fled in a stolen car. The third accomplice hid the share of one of the suspects, according to a statement issued by the Kuwaiti interior ministry Sunday.

Both the victims, hailing from the south Indian state of Kerala, were working as security personnel with a leading private security company in Kuwait.

Sharangdharan died on the spot, while Thangal succumbed to his injuries in the Farwaniya Hospital in Kuwait City.