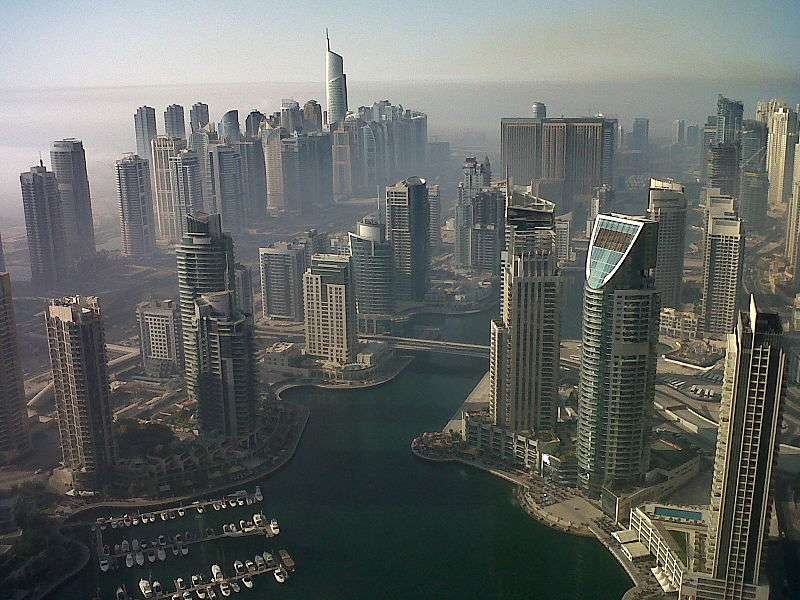 A massive fire broke out at the Torch Tower in Dubai, the world’s tallest residential tower when it was completed in 2011, but no casualties reported….reports Asian Lite News

A massive fire ripped through the 84-storeyed Torch Tower near Dubai Marina, for the second time in two years, the city’s Media Office said.

The fire broke out at about 3.30 a.m., CNN quoted the Dubai Civil Defence as saying.

It was put out after about two hours. Officials said the building was being cooled.

There were no immediate reports of injuries, the Media Office tweeted.

Video posted on social media showed a line of fire up one side of the building and falling, flaming debris.

A witness told CNN he thought the fire had engulfed 30 to 40 residences. Two cars in the parking deck were set on fire by falling debris, he said.

The Torch Tower was the site of a massive fire in February 2015, reports CNN.

The fire engulfed several floors on at least three sides of the iconic building. There were no deaths or injuries, and the fire was extinguished three hours after it began.

The cause of the 2015 fire remains unknown.

The Torch was the world’s tallest residential tower when it was completed in 2011, according to the building’s developer, Select Group.

It contains 682 residential units with 24-hour security and concierge, and six retail spaces.