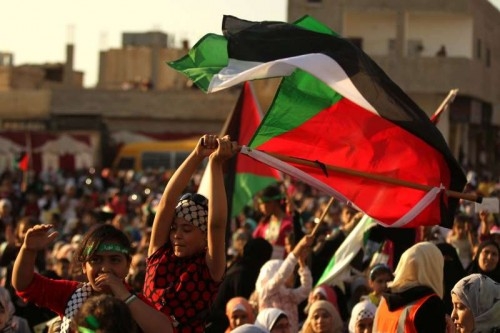 At least 20 Palestinians have been wounded since clashes erupted with Israeli forces ahead of the 67th anniversary of the Nakba, the Arabic word for catastrophe that refers to the displacement and dispossession of Palestinians in 1948 after the establishment of the State of Israel, Efe news agency reported.

“There were around 100 protesters, five of whom approached the fence. The forces fired warning shots and then against the lower parts of their bodies,” an Israeli army spokesman told Efe.

In Nablus, northern West Bank, some 21 demonstrators were injured on Friday morning in clashes with Israeli forces after a group of Israelis visited Joseph’s Tomb, followed by clashes in which Palestinian youths threw stones and bottles at the soldiers, who in turn responded with gunfire, tear gas, stun grenades and rubber bullets.

Most injuries were gunshot wounds to the lower body, according to Maan news agency.

The Israeli army spokesman said that “about 3,000 visitors headed last night to Joseph’s Tomb to pray, and 200 Palestinian protestors threw stones, empty bottles and burning tires at the security forces, who responded with dispersion methods”,

The spokesman said that small demonstrations were also reported in different parts of the West Bank, with around 30 people in each group, which were staged without problems.

In last year’s Nakba observance, two Palestinians were killed by Israeli fire near the Ofer prison outside Ramallah.