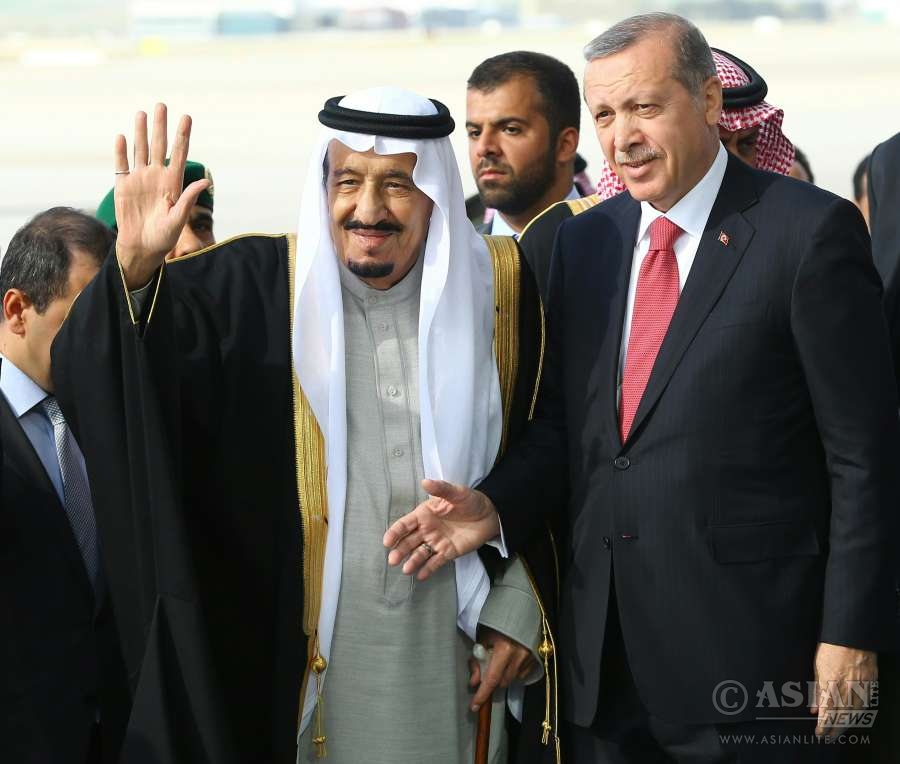 Saudi King Salman Bin Abdul Aziz arrived in Turkey on Monday for a visit aimed at tightening close ties between the two nations. The King received a lavish welcome that underlined the strength of relations. He was welcomed at Ankara airport by a delegation personally led by President Recep Tayyip Erdogan, in an unusual break from protocol and showing the importance Turkey attaches to the visit.

King Salman Bin Abdul Aziz is expected to hold talks on Tuesday at Erdogan’s presidential palace in Ankara. The talks are expected to focus on the Syrian conflict and the fight against militants. Salman Bin Abdul Aziz will then attend the Organisation of Islamic Cooperation (OIC) summit in Istanbul on Thursday and Friday after wrapping up talks in the Turkish capital.Ankara and Riyadh have cooperated closely over the five-year Syrian war.

Earlier on Monday, Egypt’s oldest secular University granted the King an honorary doctorate for his “unique services” to Arabs and Muslims, the final function in a five-day visit. In its citation, Cairo University said King Salman was a “global and pivotal figure with massive influence in the Arab and International arenas” and praised his support for Egypt and the university. Monday’s ceremony came a day after King Salman, who ascended the throne in January last year, addressed the Egyptian parliament. The Saudi and Egyptian governments have also signed more than a dozen accords and memoranda that involved billions of dollars in Saudi aid and investment to Egypt.

The visit also highlights Saudi Arabia’s firm support for Egypt’s fight against the Islamic State group. “The other mission that we should work on together is the fight against extremism and the fight against terrorism,” King Salman said in an address to the Egyptian parliament. He later flew to Turkey where he was met by President Recep Tayyip Erdogan.