The fifth edition of the Sharjah International Childrens’ Film Festival (SICFF) will commence on Saturday with the participation of 124 films from 31 countries….reports Asian Lite News 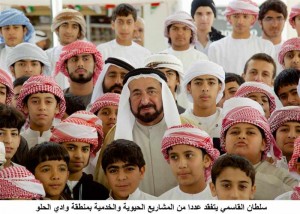 The SICFF 2017 will be launched at the Al Jawaher Reception and Convention Centre here and will continue till October 13.

Organised annually by FUNN – Sharjah Media Arts for Youth and Children, the SICFF cinematic extravaganza will kick off with the screening of movie “Albion: The Enchanted Stallion” by American director Castille Landon.

The fifth edition of SICFF will host more than 40 training workshops covering an array of topics on cinema and the visual arts.

Once the festival concludes at JRCC, the programme including the workshops and the screenings will carry on in Kalba, Dibba Al Hisn and Khorfakkan from October 15 till 31.

The SICFF 2017 will host 70 directors and filmmakers from around the world, in addition to visual arts experts from internationally renowned cinematic arts companies.

This year’s edition of SICFF will see the screening of an impressive myriad of movies led by the US with 45 films, followed by the UAE with 33 films and France with 29 films.