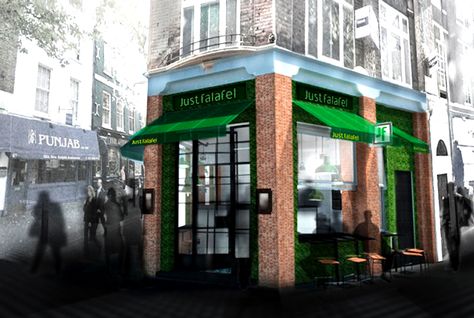 The new outlets will be in the Benelux region of The Netherlands, Belgium and Luxembourg and will be operated by Wadi Degla Holding, an Egyptian conglomerate that already has 27 Just Falafel stores in Egypt.
Just Falafel, which says its vision is to “elevate the status of the falafel from the Middle East to a global phenomenon”, has spread rapidly in the Middle East since its launch in 2007.
It has also expanded to the US, UK, Canada and Australia.
The new stores will be the first on mainland Europe and will gradually be opened from the end of this year.
“Europe is an important region for Just Falafel, as it represents an area of significant demand for Middle Eastern food, “CEO Fadi Malas said.
“The interest in our franchise offering has been overwhelming as we have a unique concept that is very compelling to prospective franchisees.”
Wadi Delga already has a presence in the Benelux region, as an owner of the Belgium football team Lierse SK.