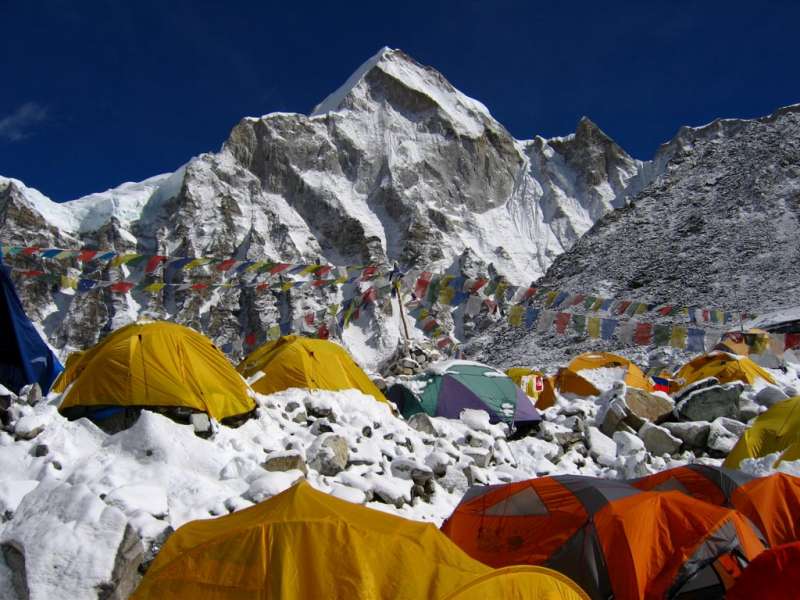 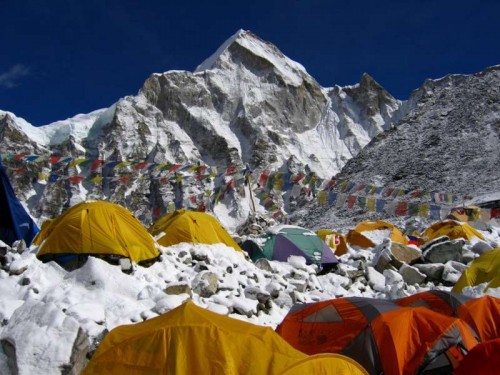 Nineteen bodies have been recovered from Everest base camp which was hit by an avalanche following Saturday’s 7.9-magnitude earthquake in Nepal, the Indian defence ministry said  even as the stranded climbers kept tweeting about themselves for the world.

“Nineteen bodies have been recovered from the Everest base camp. About 50 others are injured,” defence ministry spokesperson Sitanshu Kar tweeted on Sunday reporting on the rescue operations conducted in Nepal by the Indian defence forces.

Six Indian helicopters were sent to the avalanche-hit area on Saturday, but only two could operate because of inclement weather.

Tulsi Prasad Gautam, executive director of Nepal’s department of tourism, told Xinhua that a few of the injured climbers were being treated in Pheriche village near Lukla.

Earlier in the day, as a Nepal tourism ministry official declared a toll of 18 climbers on the slopes of Mount Everest, climbers in the area tweeted updates about the prevailing conditions around their respective base camps.

At 12.57 p.m., Jim Davidson, a climber at 19,850.03 feet, tweeted: “Just had our biggest aftershock yet here at C1 on Everest. Smaller than original quake but glacier shook & avalanches again. Nerve wracking….”

At around 1.30 p.m., Daniel Mazur, from Bristol, England, @danielmazur tweeted: “Aftershock @ 1pm! Horrible here in camp 1. Avalanches on 3 sides. C1 a tiny island. We worry about icefall team below… Alive?

Mazur, at around 11.00 a.m., in a tweet had said: “12+1 member #Everest BC TV team passed away. RIP. #Earthquake loosed tons of ice down, creating wind blast destroying BC’ heart.”

In the morning at 6.00 a.m., Adrian Ballinger, a climber from Squaw Valley, California wrote on Instagram: “Waking to clear skies, sun and a fresh coating of snow on #Everest. While our forecast predicts clouds will build quickly this afternoon, and more snow is on the way….

“I hope this window of clear allows for the most critically injured to be rescued from the South Side base camp by heli, and those less injured to begin descending under their own power.

“Good weather should also allow climbers and Sherpas to continue their search in the debris for victims. We are holding a puja with our Sherpa, and beginning to consider what happens next. #everest2015 #earthquake,” Ballinger posted.

At about noon, mountaineer Alex Gavan, @AlexGAVAN tweeted: “Just another earthquaqe now. And another three small avalanches. All good. Pfiu!!!

Around 1.00 p.m., Ballinger tweeted: “Another big one. Really big. Rockfall off surrounding peaks in North Side #everest base camp. Worst possible news for south. #earthquake”

By evening (at about 6.00 p.m), Gavan tweeted : “Things quiet now but large areas of base camp look like after a nuclear blast. great desolation. high uncertainty among people.”

Mount Everest has witnessed multiple avalanches triggered by Saturday’s earthquake and the aftershocks. The quake claimed at least 2,309 lives while over 5,800 others have been injured.