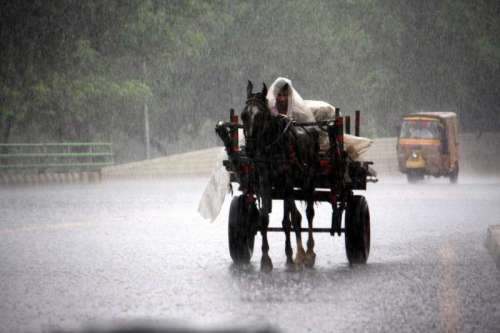 The Asian monsoon came into existence 40 million years ago during a period of high atmospheric carbon dioxide and warmer temperatures, reports an international research team.

Scientists earlier thought the Asian monsoon began 22-25 million years ago as a result of the uplift of the Tibetan Plateau and the Himalaya mountains.

“This research compellingly shows that a strong Asian monsoon system was in place at least 35-40 million years ago,” said Jay Quade, professor of geosciences at the University of Arizona.

The monsoon, the largest climate system in the world, governs the climate in much of mainland Asia, bringing summer rains.

In a bid to unravel the monsoon’s origins, as many as three different teams of scientists analysed the patterns of environment 40 million years ago.

The research by Licht and colleagues shows the earlier start of the monsoon occurred when atmospheric CO2 was three to four times greater than it is now.

The monsoon then weakened 34 million years ago when atmospheric CO2 decreased by 50 percent and an ice age occurred.

“This finding has major consequences for the ongoing global warming,” Licht noted.

It suggests that increasing the atmospheric CO2 will raise the monsoonal precipitation significantly.

Licht’s next step is to investigate how short-term increases of atmospheric CO2 known as hyperthermals affected the monsoon’s behavior 40 million years ago.

“The response of the monsoon to those hyperthermals could provide interesting analogs to the ongoing global warming,” Licht concluded.