The mysterious disappearance of Sheena Bora is getting murkier as more and more stories are coming out….reports Asian Lite News 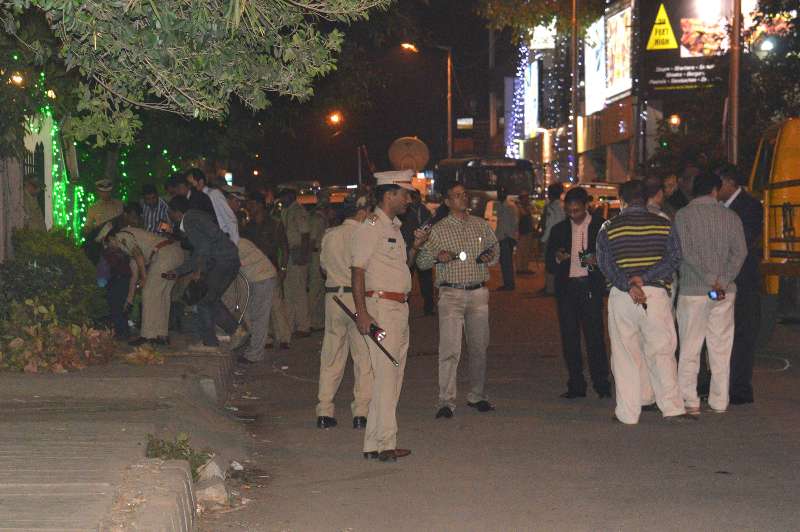 Former media honcho Peter Mukherjea, whose wife Indrani was arrested on Tuesday on charges of killing Sheena Bora, now revealed to be his step-daughter, in 2012 and disposing off her body, said on Wednesday that the victim had an affair with his son Rahul.

Mukherjea, the former CEO of INX Media, said he chose to overlook the relationship as both Sheena and Rahul, his son from an earlier marriage, were adults and could take their own decisions.

“Sheena was in a relationship with my son, which Indrani disapproved of,” he said.

Mukherjea told various TV channels in Mumbai on Wednesday that he had no clue that Sheena was actually Indrani’s daughter from her earlier marriage, and not his wife’s sister as she had told him, since he had no reason to doubt her.

Soon after the television statements, a team of Mumbai Police landed up at Mukherjea’s west suburban Khar residence for questioning this afternoon. The details of what transpired there are not yet known.

In another development, Sanjeev Khanna, the former husband of Indrani was arrested n Kolkata on Wednesday, a police officer said. Khanna will be presented before the court on Thursday where Mumbai Police will seek transit remand for taking him to Mumbai.

Sheena’s brother Mikhail Bora told Times Now channel that Sheena was Indrani’s daughter and not sister as was widely believed. He said it could easily be proved by a DNA test that Indrani was their biological mother.

“The real reason behind the murder is something else, which I don’t want to reveal now. I want her (Indrani) to speak the truth. If she does not, then I have got proofs, documents and photographs which I shall reveal to the media later,” he warned.

Mukherjea too said that he had always believed that Sheena was Indrani’s sister.

“… now she’s (her) daughter… Credible sources have told me that Sheena is Indrani’s daughter,” he said.

“I am mentally very shocked by this… Sheena was having an affair with my son… When she disappeared in 2012, I was told that she was studying in the US. I asked Indrani and she showed me pictures of Sheena at a Diwali function there,” Mukherjea said.

Admitting that he was completely stumped by his wife’s arrest, he said: “I am dumbstruck by this level of criminality…”

He assured that he was ready to fully cooperate with police in the matter.

On Tuesday, Mumbai Police nabbed Indrani on charges of killing Sheena in 2012 and disposing off her body in Raigad, adjacent to Mumbai.

Her driver has also been arrested in the case, but Indrani is believed to be main accused in the murder.

She was produced before a court which sent her to police custody till August 31.

Police claim to have recovered evidence from the spot where the victim’s body was buried in Raigad, and further investigations are underway.

She was my sister

Meanwhile, Indrani’s son Mikhail said that his mother could have killed his sister Sheena and that Sheena was his sister, not her mother’s as she claimed to be.

Indrani Bora, who became Indrani Mukherjea after marrying media baron Peter Mukherjea, had a son and a daughter from her boyfriend while she was studying in Shillong, son Mikhail told the media.

But she left for Kolkata in the early 90s, leaving the son and daughter with her parents in Guwahati. Son Mikhail and daughter Sheena grew up with the grandparents here.

A team of Mumbai Police are likely to arrive here on Thursday to collect details about Sheena Bora.

“I have not seen our mother after I grew up. My koka (grandfather) and aaita (grandmother) were like parents for me and my elder sister Sheena,” said Mikhail.

“However, after we passed out from high school, there were some financial hardship and we had to go searching for our mother in Mumbai and met her.

“She was not willing to introduce us to anyone as her son and daughter. After spending some time in Mumbai, I came back to stay with my grandparents in Guwahati while Sheena stayed back there.

“When I contacted my mother over phone to know the whereabouts of Sheena, she replied that Sheena had gone to the US and was working for a big company,” Mikhail said.

“When I insisted on getting Sheena’s contact details, she refused to give them and kept saying that I should not interfere in Sheena’s personal matters.

“Last year, when my mother came to Guwahati and I sought details about Sheena, she not only became angry but even threatened to stop sending whatever pocket money she sent every month,” Mikhail said.

“It is a shock to learn that Sheena was murdered by our mother. But she can do it,” Mikhail said.

He added that if his mother does not tell the truth to police by August 31, he would divulge whatever he knows about her personal life.