The Indian prime minister will reap rich political benefits from the surgical strikes on militant outfits along LoC….writes Amulya Ganguli 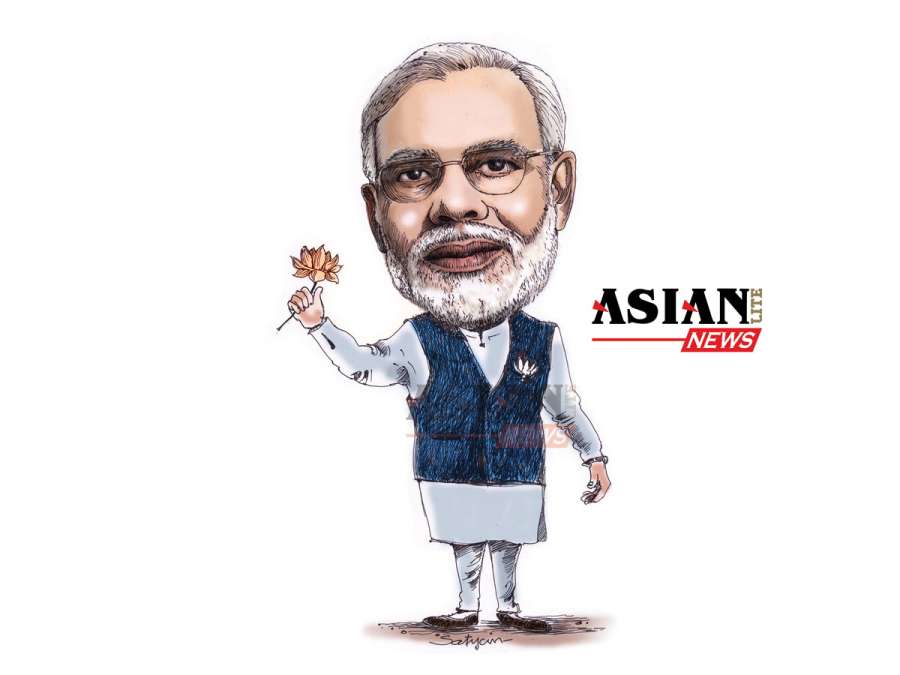 During the Kargil conflict in 1999, India did not cross the Line of Control (LoC). If it has behaved differently this time, the reason is that Pakistan’s reputation has nosedived in the last decade and a half.

From being an “international migraine”, as former US Secretary of State Madeleine Albright called it, to a country which keeps “snakes in its backyard”, as another Secretary of State Hillary Clinton said, Pakistan has been steadily undermining its own position as a respectable member of the world community. India’s image, on the other hand, has been on the rise. It is also being widely recognised that India has been facing a relentless Pakistani effort to destabilise it via the targeting of parliament in December 2001 by jehadis to decimate the country’s top political leadership, to a commando-style terrorist operation in Mumbai in November 2008, and then to the recent succession of attacks on military camps in Pathankot, Uri and elsewhere.

Few in the world will doubt, therefore, that India’s patience has been exhausted. Moreover, it is being recognised that Pakistan is keeping the Kashmir issue alive only to muddy the waters considering that Prime Minister Narendra Modi travelled the extra mile in search of a solution, as his flying visit to Lahore last December showed.

India can therefore be fairly confident that its military response on Wednesday/Thursday night to the constant Pakistani provocations will be seen as an unavoidable riposte to a neighbour which has been resorting to unremitting terror for more than a decade.

In authorising the surgical strikes by the Indian Army on the terror camps across the LoC, Modi can be said to have found the answer to eliminate the “snakes” which Pakistan harbours in its backyard for biting India.

If the earlier fears of a nuclear confrontation have abated this time, the explanation lies in India’s decision to designate such strikes as one-time operations whenever Pakistan carries out a terrorist attack.

Given this assurance of restraint, Pakistan will be hard put to try and expand the theatre of war. At the same time, a prompt Indian response to an act of jehadi mayhem will carry a stamp of legitimacy of a kind which Israeli reactions to Palestinian terrorism do.

But there is a difference. While the Israeli acts unfortunately tend to hurt civilians as well, the precise Indian operations against the launch pads of the Pakistani terrorists and their backers along the LoC will kill only the “snakes”.

There is little doubt that if India can continue to act with such precision, the Pakistani backers of the jehadis — the army and the Inter-Services Intelligence (ISI) — will be at a loss about the efficacy of their next anarchic attempt like sending fidayeens or suicide squads into an Indian metropolis.

It goes without saying that Modi’s image will be burnished beyond measure by his success in finding the right answer to Pakistani intransigence and belligerence, not to mention its foolishness in testing the world’s patience by joining the ISIS as a terror Frankenstein.

As for Modi, it is not only that he will be virtually beyond challenge in the political field in the foreseeable future in the same way that Indira Gandhi was hailed as Goddess Durga by Atal Behari Vajpayee after the liberation of Bangladesh; his decisiveness will also be an object of admiration.

The accolades for him will be all the greater because, first, he tried to reach out to Pakistani Prime Minister Nawaz Sharif by visiting him at his home in Lahore at short notice without standing on ceremony.

And, secondly, by calling for a “war” against poverty by both the countries even after the Uri tragedy.

In doing so, Modi displayed a maturity which hardliners in the saffron brotherhood did not show because of their sole emphasis on an outright confrontation.

The result is Modi’s emergence as a larger-than-life figure, who can ensure the BJP’s political hegemony over the next 15-20 years as historian Ramachandra Guha has predicted.

The sharp military response to Pakistani pinpricks is not only a message to India’s hostile neighbour but also to Islamabad’s all-weather friend, China, which will know that its occasional incursions into Indian territory may not go unchallenged.

Neither India nor China want war because their primary focus is on economic development. Both know that a conflict, even a minor one, can scare away potential investors.

Pakistan, however, is an exception because it wants to take revenge for the 1971 defeat which halved the country. Hence, its military dictator, General Zia-ul-Haq’s threat to bleed India “with a thousand cuts” and former Prime Minister Zulfiqar Ali Bhutto’s invocation of a thousand-year war against India.

Not since Hitler’s promise of a thousand-year Reich has such grandly delusional fantasies been articulated. Yet, only a few days ago, Pakistan’s Defence Minister threatened to “eliminate” India in a nuclear war.

While Bhutto and his “murderer” via the judiciary, Zia-ul-Haq, are evidently still riding high, Pakistan is falling off the map of the civilised world with a little nudge from Modi.