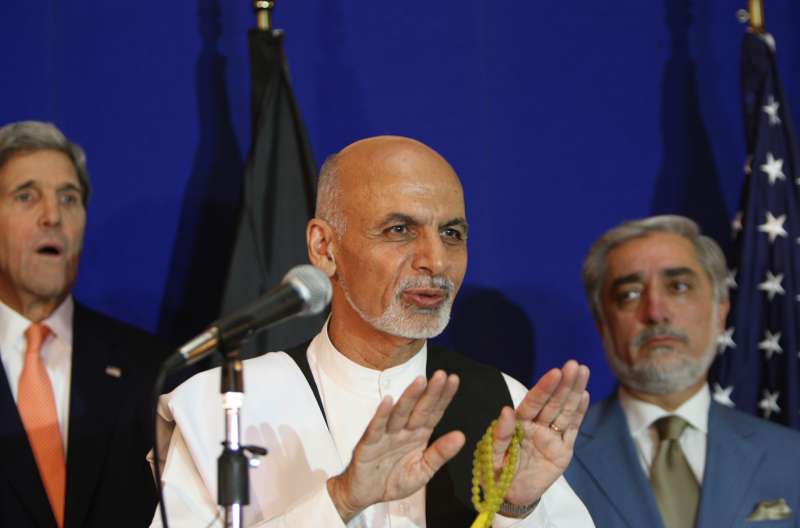 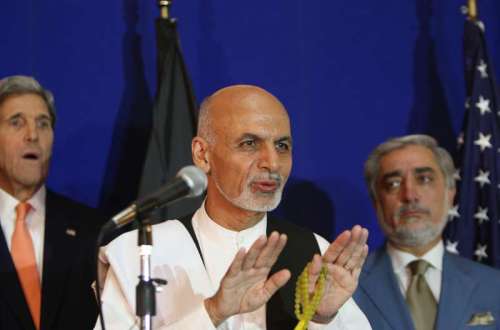 The Afghan presidential election was held April 5 and since none of the eight contenders succeeded in securing more than 50 percent of the votes, the two front-runners went for a runoff June 14.

The signing of the agreement will take place in the country’s Presidential Palace in attendance of outgoing President Hamid Karzai, high-ranking Afghan officials and jihadi leaders, according to the report.

The presidential campaign teams of former finance minister Ahmadzai and his opponent Abdullah earlier said that both the candidates had almost reached an agreement but only minor difference over the announcement of the final election result remained. The Afghanistan Election Commission has also said the poll result would be announced Sunday.

Abdullah, who finished on top in April’s first round of voting, refused to recognise preliminary runoff results that showed Ghani winning with 56.4 percent of the vote.

Denouncing what he described as “fraud on an industrial scale”, Abdullah talked about forming a parallel government.

Since then, US Secretary of State John Kerry has visited Kabul twice. He managed to elicit pledges from Abdullah and Ghani to form a unity government no matter which man emerges as the next president.