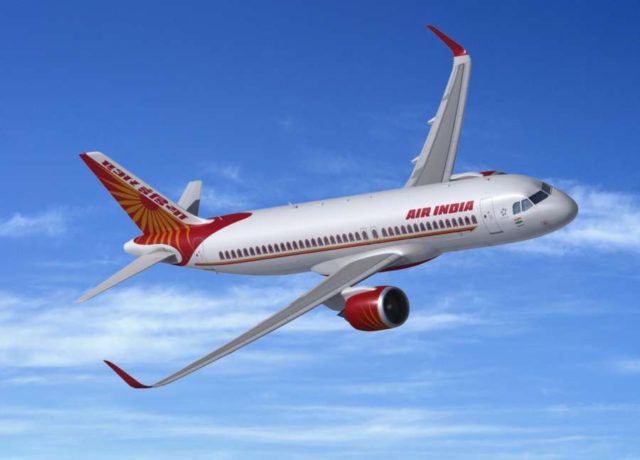 The Cabinet on Wednesday decided to open up the national carrier for foreign direct investment (FDI) up to 49 percent under the approval route. Accordingly, the national carrier has been brought at par with other domestic airlines which are allowed to attract foreign capital. The decision effectively expands the “universe of bidders” that the government hopes to attract for the airline’s strategic divestment….reports Asian Lite News

To attract foreign bidders and expedite the strategic divestment of Air India, the Cabinet on Wednesday decided to allow Foreign Direct Investment (FDI) up to 49 per cent in the flag carrier.

The decisions, taken at the Cabinet chaired by Modi and intended to liberalize and simplify the FDI policy to provide ease of doing business, drew sharp criticism from both the opposition and trade bodies.

However, the government contended that the move would “lead to larger FDI inflows contributing to growth of investment, income and employment”.

Wednesday’s decision marked a key change in the aviation industry where the government had already allowed up to 49 per cent FDI in private carriers. There was a restriction that foreign airlines could not invest in the loss-making Air India.

It added that substantial ownership and effective control of the national carrier shall continue to be with “vested in Indian national”.

The Cabinet also approved 100 per cent FDI in single brand retail trading, tweaking its present policy of allowing only 49 per cent foreign investment in the sector through automatic route and the rest through government approval.

It also gave five-year holiday for foreign investors from the mandatory 30 per cent of local purchases. But after that, they will be required to meet 30 per cent of sourcing norms directly towards its India operations on an annual basis.

“It has been decided to clarify that real estate broking service does not amount to real estate business and is therefore eligible for 100 per cent FDI under automatic route.”

Making changes in the sector relating to power exchanges, the government removed the restrictions on investment by foreign institute investors and portfolio investors to invest in power exchanges through primary market as well. Under the present policy, FII and FPI purchases were restricted to secondary market only.

The Congress and the CPI-M slammed the government move on Air India, saying it would only lead to the national carrier going into the hands of a foreign airline.

Former union minister Anand Sharma said the government should come clear on the Air India deal as to whether its assets “worth lakh of crores of rupees” and its route rights would also go to the investor.

He said the UPA government had consciously kept Air India out of the purview of FDI though it had allowed 49 per cent FDI in the civil aviation sector.

The Communist Party of India-Marxist (CPI-M) said the Modi government was now moving towards handing over Air India to a foreign airline.

“The government should heed the recommendation of the Parliamentary Standing Committee on Transport, Tourism and Culture which has asked the government to review its decision on privatisation of Air India and provide five years to revive the airline with its debt written off.”

There was support to the Air India move. Pervez Damania, a former Director of the now defunct Kingfisher Airlines, welcomed it saying the “government has no business to be in flying”.

P.N. Vijay, a market analyst, said the decision was “not good enough”. “It should be 100 per cent FDI in Air India.”

On allowing 100 per cent FDI through the automatic route in single brand retail, the CPI-M said the move portends the Modi government’s intentions of “moving towards allowing FDI in multi-brand retail trade”. It warned of grave consequences for the domestical retail trade.

However, Ananda Sharma termed the FDI in retail “a cosmetic change” and “minor tweak”.

“I don’t think its going to make much change because almost all the major brands of the world are already here as 100 per cent FDI was already allowed. This is done perhaps for the Prime Minister to make a statement at Davos.”

Both Congress and the CPI-M reminded the BJP that it had opposed the entry of foreign companies into retail trade earlier and it has now “hypocritically reversed its position”.

Calling it a “serious matter” for small businesses, the Confederation of All India Traders (CAIT) strongly opposed the FDI in single brand retail.

“It’s a serious matter for small businesses. It is a pity that instead of formulating policies for the welfare, upgradation and modernisation of existing retail trade, the government is more interested in paving the way for the MNCs to control and dominate the retail trade of India.”

Modi will be the first Prime Minister after 20 years to participate in the annual World Economic Forum show in Davos where world leaders and top industrialists and businessmen meet. The four-day event begins on January 23.

A few days before, in New Year day, terming “professional and productive work culture” as the key to the airline’s turnaround, Air India chief Pradeep Singh Kharola has said in a message to employees that “we have to perform if we do not want to perish”.

Kharola, who took over as chairman and managing director of the disinvestment-bound national carrier earlier, also said the onus to steer the company out of turbulence lies on everyone.

“We have to adopt a professional and productive work culture which will hold the key for our turnaround….your hard work has helped Air India to improve in some of the key operational parameters in recent times, but still, we have miles to go,” the AI chief said in his New Year message.

Kharola also urged employees to pull out all stops and “cast aside the deterrents that have been holding the flag carrier back from tapping the immense potential”.

Air India has been launching new routes in the domestic and international sectors, initiating innovative schemes and upgrading its fleet to become more vibrant and win passenger confidence, he said.

“I implore all of you to sustain this effort to resurrect the pride and glory of the airline….We have to perform if we do not want to perish,” Kharola said

Air India has to beat competition in on-time- performance, load factor and cleanliness among other parameters, he said, adding, “amidst all the talk about our future identity, we have to stay focused and deliver.”

On June 28, the Cabinet Committee on Economic Affairs gave in-principle approval to privatise Air India and its five subsidiaries.