Acclaimed human rights lawyer Amal Clooney will head the international legal team defending a Philippine media personality who is one of the fiercest critics of President Rodrigo Duterte.

The CEO of the independent news portal Rappler, Maria Ressa, who was selected by Time magazine as one of its 2018 Persons of the Year, faces several criminal charges for alleged tax evasion, cyber libel and violating media nationalization laws, which both she and human rights defenders describe as persecution for her journalistic work that has often railed against Duterte’s administration, reports Efe news.

“Maria Ressa is a courageous journalist who is being persecuted for reporting the news and standing up to human rights abuses,” Clooney said in a statement released by her London-based law firm, Doughty Street Chambers, on Monday. 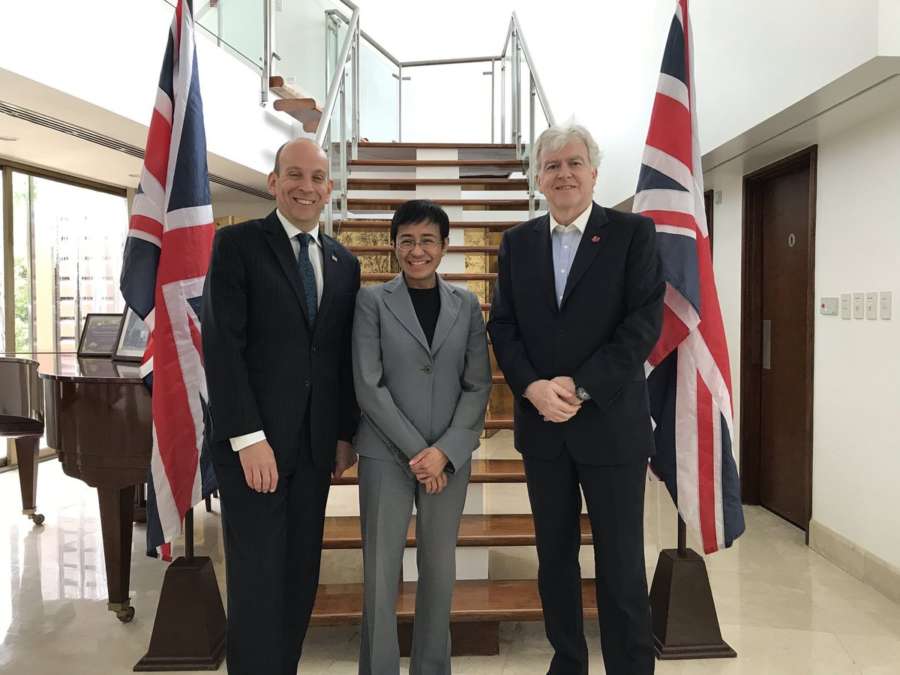 “We will pursue all available legal remedies to vindicate her rights and defend press freedom and the rule of law in the Philippines,” the Lebanese-British attorney added.

Clooney, together with Caoilfhionn Gallagher – both specializing in international law and human rights – will lead the team of global attorneys that will work in coordination with the Philippine lawyers advising Ressa.

“I am delighted that Amal Clooney and her team will be representing me at the international level to challenge the violations of my rights and those of the media organization I represent,” Ressa said in a statement on Tuesday.

Ressa, who in the past was CNN’s correspondent for Asia, has been arrested twice this year and has had to post bail up to seven times for her release while awaiting trial.

She is the recipient of the 2018 Gwen Ifill Press Freedom Award presented by the New York-based Committee to Protect Journalists and won the 2018 Knight International Journalism Award in Washington.

The head of Rappler, a website established in 2012 that has since gone on to become one of the most influential news sites of the Philippines, claims that all the charges against her are an attempt to silence her and in retaliation for her critical reporting on Duterte, especially the abuses committed in the anti-drugs campaign he launched after coming to power in 2016.

The Philippine president has not concealed his animosity towards the media, and particularly Rappler, which he has accused of being financed by the CIA, in addition to trying to revoke its license and denying its reporters access to the presidential palace.

Clooney, appointed special envoy for media freedom by the British government, has also defended two Reuters journalists who were jailed for more than 16 months in Myanmar after exposing an army-sponsored massacre and released in May.