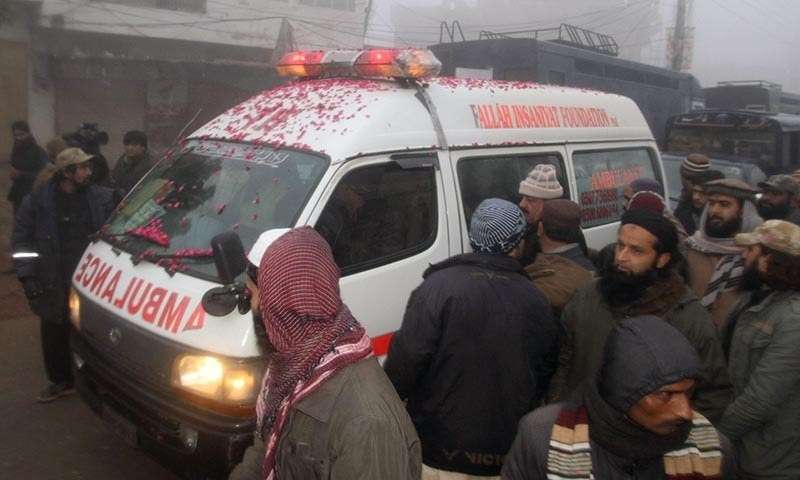 Firing reportedly began around 6 a.m., when the terrorists attacked the colony, the sources told DawnNews.

The gunmen were wearing suicide jackets.

Two of the attackers detonated their suicide jackets, and two others were killed by security forces, the sources added.

The colony lies near the Pakistan-Afghanistan border.

Peshawar has suffered numerous terrorist attacks but it was not immediately clear who was behind Friday’s assault.
The city suffered its worst terror attack in December 2014 when Taliban gunmen massacred more than 150 people, most of them children, at an army-run school.

The last deadly attack in the city came in March this year when a bomb ripped through a bus carrying government employees, killing 15, DawnNews added.

At least 10 people were killed and 41 others injured on Friday when a suicide bomber blew himself up near the entrance of a district and sessions court in Pakistan’s Khyber Pakhtunkhwa province.

The suicide blast comes just hours after gunmen attacked Peshawar’s Christian Colony, which was also claimed by JA. One civilian and four suicide attackers were killed in the attack.

Police said the attacker detonated a hand grenade before exploding his suicide vest.

Lawyers are usually targetted in terror atatcks in Pakistan.

In August, 73 people, most of them lawyers, were killed after a suicide bomber struck the emergency ward of Quetta’s Civil Hospital.