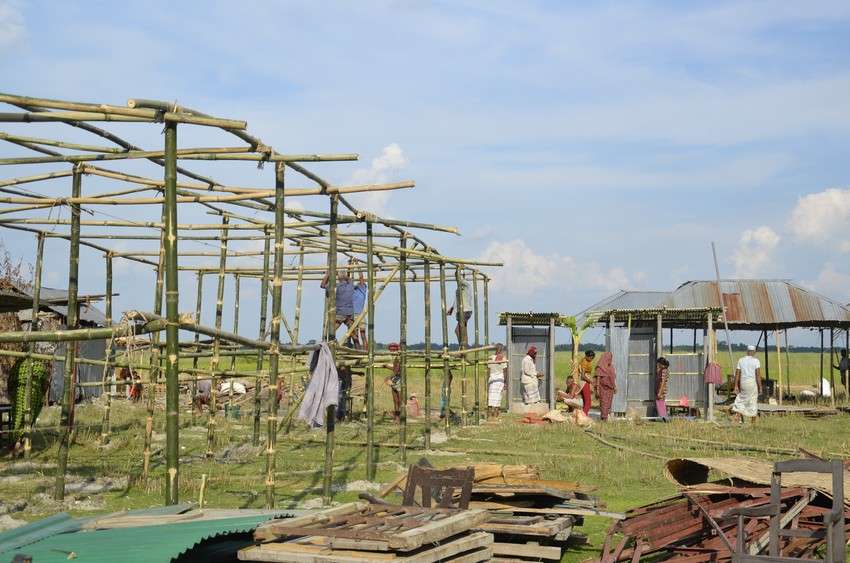 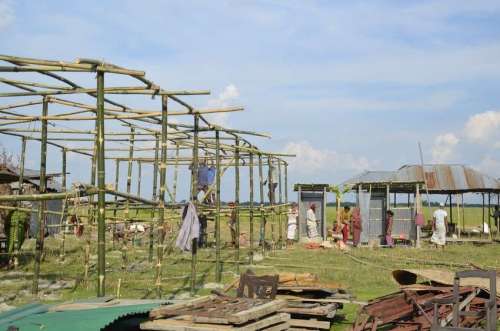 VILLAGERS in a remote Bangladeshi community dismantled and rebuilt a school in just 48 hours to stop it being washed away in devastating floods, reports children’s charity Plan International.

The primary school in Daowabari Union, Lalmonirhat, was about to be wiped out as the nearby river rose during flooding that affected a million people in the country.

Realising the danger, members of the community, led by the School Management Committee, dismantled the school, piece by piece.

They then carried the building structures to an area away from the fast flowing water, along with books, paper, chairs and desks.

Within 48 hours, they had built a make-shift classroom with poles and a tin shade, 600 metres away from the old site. Classes resumed straight away.

“Our home went under water during the flood and I thought my study would be over. However, I learnt in the following day that a new school is built in our area and I can continue my study like normal,” says grade five student Nasima.

Halima, a grade four student, adds: “I miss my old school but I also feel very excited and relieved to have a new school. My friends and I are attending the classes regularly now.”

Just 10 days after the initial rebuild, a total of three classrooms had been built and 160 students were back at school.

“The community realised the importance of education for their children,” says Mahfuzar Rahman, Plan’s Programme Unit Manager in the Lalmonirhat region.

“The School Management Committee members were not able to retrieve everything so Plan also helped to provide timber, covered labour costs and built a two-latrine toilet block for students.

“Plan has also provided play and learning materials and has plans to offer psycho-social support to the children,” adds Mr Rahman.

Plan International has been working with 14 schools in Lalmonirhat as part of its disaster risk management programme. 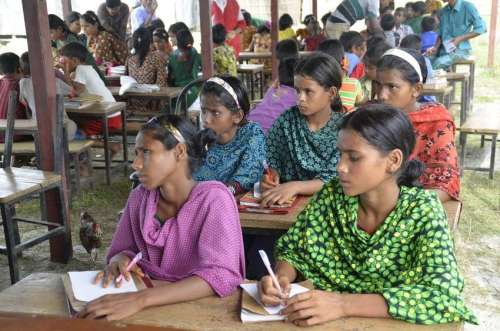 As part of this, community members, including children, are educated to prepare for disasters and are also taught about early warnings and first aid.

“Ensuring girls and boys living in disaster affected communities are able to continue their education despite shocks and stresses is the one of the key areas towards intergenerational resilience building,” she adds.

Nearly half a million people were left homeless after some of Bangladesh’s major rivers, including the Meghna and the Brahmaputra, flooded last month.

While the waters have returned to normal levels, fears are growing that there will not be enough food for the population after crops were severely damaged and food stocks destroyed.

Plan International has helped around 1,000 families in Kurigram, one of the worst affected areas. Aid workers distributed rice, molasses and biscuits to families, as well as water and water purification tablets.

Families were also given cash to buy essential food items, including rice, lentils and sugar. The poorest families, including those with elderly members and the disabled, and women-headed households, were prioritised.