The ‘danger zones’ in Asia which are vulnerable to a deadly bird flu have been mapped by scientists. The region includes  Bangladesh, north India and Vietnam. 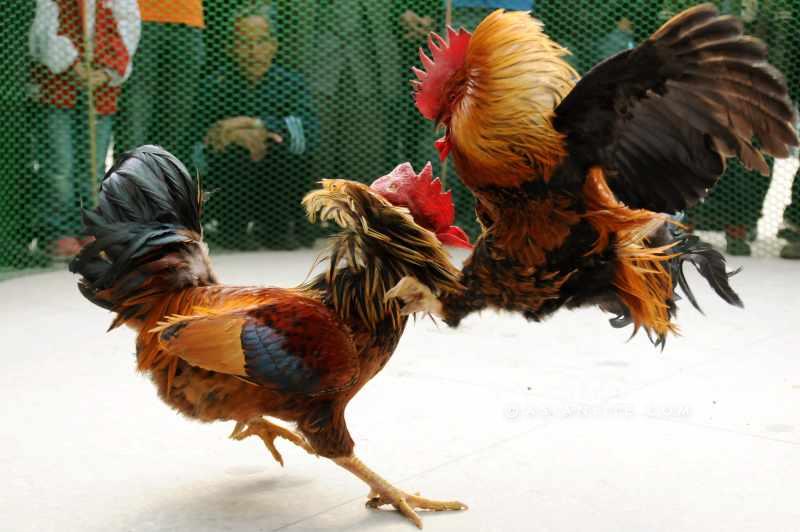 The virus, called H7N9, has infected 433 people mostly in China and has killed 62. The study, published in Nature Communications, showed parts of Bangladesh, India and Vietnam could easily sustain the virus. The research group said those areas should monitor poultry to ensure any threat is detected, BBC reported.

The study does not show where the virus will end up next, just those areas where conditions are suitable to sustain the virus if it managed to get there. Bangladesh, northern India, the Mekong and Red River deltas in Vietnam and isolated parts of Indonesia and Philippines were identified as at-risk areas.

H7N9 is not deadly in birds so there is no “body count” to help track the spread of the disease.

The H7N9 virus spread from birds to people and was first detected in March 2013 in China. New viruses are always a concern because of their unknown potential to spread round the world as a deadly pandemic. Data from the H7N9 outbreak was used to build a computer model of other at-risk areas in Asia. It involved mapping 8,000 live-poultry markets and assessing how close together they needed to be to spread the infection.

“Despite the summer lull in reported human cases following its emergence in the spring of 2013, the resurgence of avian influenza A (H7N9) virus during the annual winter epidemic of seasonal influenza and recent revision of the importance of avian genetic lineages in past pandemics reaffirms concerns about its contemporary pandemic threat to global health,” the report said.  ” To date, the majority of positive H7N9 isolations have been obtained from human, chicken or environmental samples that were directly or indirectly linked to live-poultry markets. The diversity of genetic sequences from these samples suggests extensive and largely undetected spread of H7N9 in poultry preceding its appearance in markets and its ultimate infection in humans9. Investigations of other wild or domestic virus reservoirs remain inconclusive, however, confounding surveillance and control measures aimed at preventing its resurgence and further spread within and beyond China.

“In addition to outbreak investigations and virus surveillance in humans and animals, predictive models linking the locations of the reported cases in humans and live-poultry markets to environmental risk factors can improve risk-based surveillance and control. This is demonstrated by the precedent of highly pathogenic avian influenza H5N1 virus, in which several epidemic waves in Asia were found to be strongly correlated with the spatial distributions of domestic ducks, human populations and wetlands; these associations were then used to map the distribution of this disease. Recent maps produced using data pooled from all historical cases closely matched these initial predictions14, 15. These studies relied on geographically extensive case data, which were available only in the later stages of an epidemic. The ability to provide predictions of risk to new areas when few cases have been recorded would significantly improve immediate contingency planning. With the unfolding H7N9 epidemic, which many fear is limited to a fraction of its potential range, establishing the capacity of the model to extrapolate to other geographic regions is necessary to assess the utility of its predictions for decision making.

“Predictive modelling of H7N9 in China and Asia is hampered by two problems. First, the distribution of H7N9 is strongly spatially clustered in the region of China in which it first appeared. The apparent accuracy of models derived from such initial data can be very high, as demonstrated by Fang et al. The ability of these models to make accurate predictions beyond this geographic range cannot, however, be quantified reliably through standard cross-validation procedures. This is due to spatial correlation between test and training sets drawn from the same area and because the epidemic was limited to a small part of the potential geographic range. To address this issue, a geographic cross-validation would need to be implemented to quantitatively assess the models’ extrapolation capacity. Second, the lack of positive samples from active surveillance of poultry farms and the association of human and poultry cases with exposure to live-poultry markets  suggest that markets, rather than birds, humans or poultry farms, are the appropriate unit for predictive analyses and surveillance.

“Here we conduct an extensive country-wide census of live-poultry markets to allow market-level analysis, we update and improve high spatial resolution surfaces for poultry and human population distribution across China and we build a live-poultry market distribution model to allow extrapolation of our predictions to other areas across Asia. The models developed here with these new data can accurately predict the risk of infection of markets with H7N9 and have a good capacity to extrapolate their prediction geographically. Local live-poultry market density is the most important predictor variable of H7N9 infection risk at the market level. Other predictor variables of H7N9 infection risk include the population densities of chickens reared in extensive and intensive systems, water bodies, accessibility to major cities, human and domestic duck population density and rice land cover. The areas predicted to be most suitable for new H7N9 market infection include specific urban areas of China where the disease has not yet occurred, an extensive area in Bengal, the river deltas of Vietnam, and parts of Indonesia and Philippines.