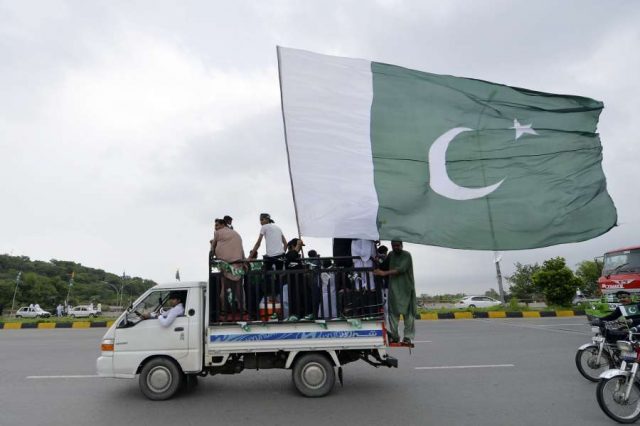 The State Department makes these designations under the International Religious Freedom Act of 1998 and countries on the CPC list are classified as “having engaged in or tolerated systematic, ongoing, (and) egregious violations of religious freedom”…reports Asian Lite News

The US has retained Pakistan among the countries that tolerate religious discrimination, according to a State Depart­ment statement.

The determination, made on December 18, includes Myanmar, China, Erit­r­­ea, Iran, North Korea, Pakistan, Saudi Arabia, Tajikistan and Turkm­enistan among the states that have been re-designated as “Countries of Particular Concern (CPC)”, Dawn news reported on Saturday citing the statement as saying on Friday.

The State Department makes these designations under the International Religious Freedom Act of 1998 and countries on the CPC list are classified as “having engaged in or tolerated systematic, ongoing, (and) egregious violations of religious freedom”.

Countries in this category can face further actions, including economic sanctions, by the US.

The State Department also designated the Al-Nusra Front, Al Qaeda in the Arabian Peninsula, Al Qaeda, Al-Shabab, Boko Haram, the Houthis, IS, IS-Khorasan and Taliban as Entities of Particular Concern.

“These designations underscore the US’ commitment to protect those who seek to exercise their freedom of religion or belief,” the State Department said.

“We believe that everyone, everywhere, at all times, should have the right to live according to the dictates of their conscience.”

Meanwhile, a Pakistan court on Saturday sentenced Junaid Hafeez, a former university lecturer in Multan, to death on blasphemy charges.

Formerly a visiting lecturer at the Department of English Literature of the Bahauddin Zakariya University (BZU), Multan, Hafeez was booked on blasphemy charges and was arrested by police on March 13, 2013, Dawn news reported.

Earlier this year, the academic’s parents had appealed to former Chief Justice Asif Saeed Khosa to look into their son’s case.

They had said their son had been languishing in solitary confinement in a cell of the Central Jail, Multan, for the last six years on the false charge of blasphemy.

Hafeez’s previous lawyer, Rashid Rehman, was shot dead in May 2014 in his office. At least nine judges were transferred through the course of his case.

Anyone convicted, or even just accused, of insulting Islam, risks a violent and bloody death at the hands of vigilantes.

In 2017, a mob in Abdul Wali Khan University Mardan beat student, Mashal Khan, to death after accusing him of blasphemy over social media.

Last year, the Supreme Court acquitted Aasia Bibi, a Christian woman earlier condemned to death on blasphemy charges, after accepting her appeal against her sentence.

So far, no one has been executed for blasphemy in the country.