Jamaican Usain Bolt, whose appearance in Beijing was in doubt barely months before the World Athletics Championships, stormed to defend his 100 metres title in 9.79 seconds on Sunday at the iconic Bird’s Nest stadium where he turned into an athletics phenomenon seven years ago. 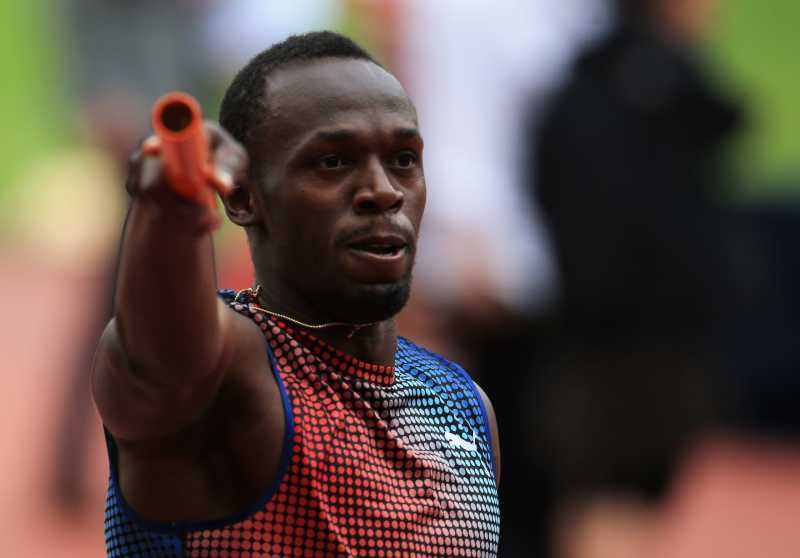 Although the time was a far cry from his 9.58 seconds world record as injury in the past two years took a toll on the multi-world and Olympic champion, the capacity stadium gave the 29-year-old a standing ovation for the Jamaican who hogged the limelight in the 2008 Olympics with two world-record wins in the 100 metres and 200 metres as well as a gold medal from the 4×100 metres, reports Xinhua.

China’s Su Bingtian created history for the host country when he became the first Chinese to run the blue-ribbon sprint event final at the outdoor world championships.

Former world and Olympic champion Justin Gatlin came here with this year’s leading time of 9.74 seconds but had to settle for the silver in 9.80 seconds.

Bolt’s participation in Beijing looked in doubt until two 9.87-second runs at a cold and rainy IAAF Diamond League meeting in London on July 25.

His title run also had seemed a hard one as 33-year-old in-form Gatlin has been in a brilliant form, not yet losing once since the 2013 Worlds, winning all 22 races.

“That still was not the best. I still stumbled. I came out here, relaxed, no stress and brought it home,” said Bolt who covered his face with both hands and faked playing “hide and seek” before the camera right before the start.

“My aim is to be the number one until I retire. And therefore I am pushing myself and pushing myself. It is all about running the race and getting it done. You can call that race rusty. I could have run faster,” the 29-year-old added.

Trayvon Bromell of the US and Andre de Grasse from Canada tied for the third in 9.92 seconds.

Su managed to enter the final after a dramatic semi-final where three athletes all clocked 9.99 seconds and all of them qualified to make it a rare nine-man final. It is also the first time in world championships history that a sub-10 second time has been required to reach the final.

In the men’s hammer throw, Poland’s Pawel Fajdek won with a throw of 80.88 metres. Dilshod Nazarov from Tajikistan took silver and Poland’s Wojciech Nowicki had bronze, both posting 78.55 meters.

Joe Kovacs of the US won the men’s shot put in 21.93 metres and German David Storl took the silver medal in 21.74 metres. Jamaican O’Dayne Richards created a 21.69 metres national record to bag the bronze medal.

Olympic champion Jessica Ennis-Hill came back after the birth of son Reggie last summer to win her second world heptathlon title after fellow Briton Katarina Johnson-Thompson failed to score in the long jump.

“The bronze medal in Moscow was important. I have been working very hard. I had strong rivals from China and Japan,” said the 27-year-old.

Title favorite Yusuke Suzuki of Japan, who smashed the world record at the Asian Championships in March in 1:16:36 hour, withdrew mid-way.