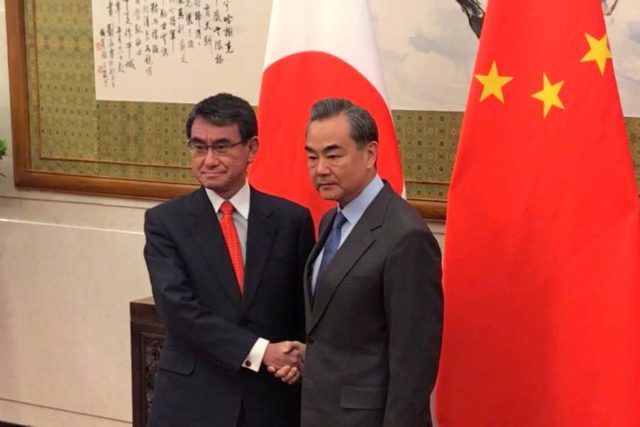 Describing Sino-Japanese relations as being at a crucial stage, Wang said China had noticed the recent positive comments of the Japanese side and hoped Japan would put its words into action.

Kono is on an official visit to China from January 27-28.