After creating panic in the island nation of Sri Lanka, a cyclone dubbed Mora heads to the coastal areas of Bagladesh to wreck havoc….reports Asian Lite News 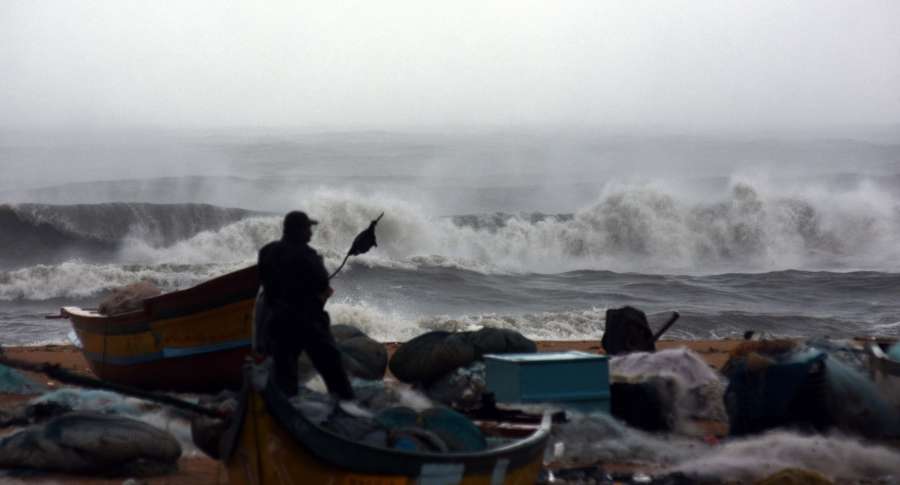 Sri Lanka have suffered from their worst ever floods for many decades and cost the live sof more than 100 people.

Nearly 300,000 people have been evacuated from southern coastal areas of Bangladesh as  cyclone Mora was forecast to make landfall on Tuesday, authorities said.

Mora is forecast to make landfall near the southeastern tourist city of Cox’s Bazar and the seaport city of Chittagong, the Bangladesh Meteorological Agency said.

Residents were seeking shelter in schools and other safe buildings in 17 coastal districts, Hashim said.

Officials have organised 3,800 relief centres ahead of the storm.

Medical teams have been formed and doctors and nurses have had their leave requests cancelled in anticipation of the storm’s landfall, according to Bangladeshi state media.

Some low-lying areas of Cox’s Bazar are already underwater due to an unusually high tide, reports CNN.

The country’s two main seaports in Chittagong and Mongla have stopped operations, and river transports across Bangladesh have been suspended.

Chittagong and Cox’s Bazar have been advised to hoist the number 10 warning signal — the highest level — and other areas the lesser number eight signal.

The airports of Chittagong and Cox’s Bazar have also been closed; Cox’s Bazar indefinitely and Chittagong’s Shah Amanat International Airport until at least 2 p.m.