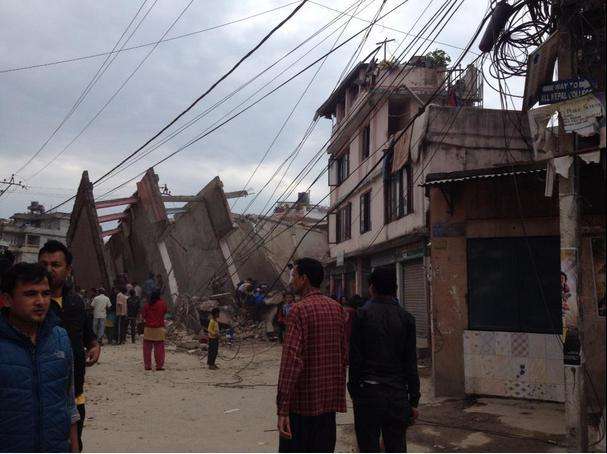 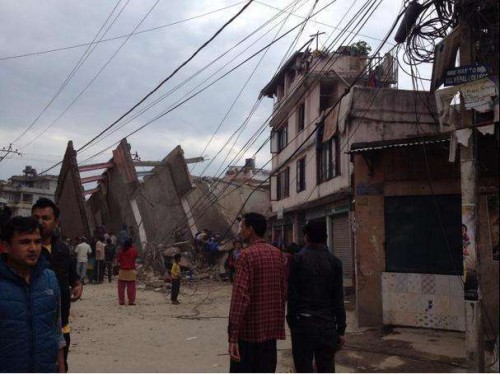 A massive earthquake that rocked Nepal caused major devastation in the old area of the national capital.

According to information available, there was widespread devastation in Hanmandhoka area in the old area of Kathmandu.

Several casualties were feared as buildings collapsed. Authorities said they were still trying to assess the situation.

Images that were tweeted showed the extent of damage caused to the buildings. There was rubble where the buildings once stood. In at least one case, there was a long and wide crack on a metalled road.

Initial reports indicated that telephone connectivity was snapped in and around Lamjung, which was the epicentre of the quake that measured 7.5 on the Richter scale.