The successful US drone attack on Taliban chief Mullah Akhtar Mansour in Pakistan soil undermines the country’s credibility as an ally to stem terrorism through a proper strategy or resources. Mansour, the civil aviation minister in the Taliban regime, negotiated with India during the Kandahar hijack. To recover that aircraft and its passengers and crew, India was forced to release Maulana Mohammed Azahar, who later founded Jaish-e-Muhammad (JeM)….writes Manzoor Ahmed

In a development that is most important since the killing of Al Qaida chief Osama bin Laden, Mullah Akhtar Mansour, the only Taliban leader India was forced to deal with in 1999, has been killed by an American drone attack. This can hardly be a consolation as his successor could be worse.

Mansour was the controversial, pro-Pakistan Chief of Afghan Taliban. He was almost foisted by Pakistan that engineered a sort of consensus on him, but not without triggering a succession war. A brother and a son of the Taliban founder and supremo for long years, Mullah Mohammed Omar, may fight each other and other groups to regain control of the movement that has reportedly been divided into various factions since Omar’s death. Of late,  however, Mansour was reportedly resisting Islamabad’s pressures.

Mansour, it may be recalled, was the civil aviation minister in the Taliban regime that ruled Kabul between 1996 and 2001, till it was outsted by the US-led invasion. He negotiated with the Indian side after Indian Airlines flight IC-814 was hijacked over the Indian skies, taken to Lahore and eventually to Kandahar. To recover that aircraft and its passengers and crew, India was forced to release Maulana Mohammed Azahar, who later founded Jaish-e-Muhammad (JeM). Media reports of that time said that on being handed over by the Indians at Kandahar airport, it was Mansour who drove Azahar out.

Mansour’s was killed on May 20 when he was on way to attend a meeting of his commanders (a report from Pakistan said he was travelling in a Toyota to Kochaki a village in Balochistan on the Pak-Afghan border to attend a wedding). Taliban have disputed the American claim that, however, has been confirmed by official sources in Pakistan.

Although Mullah Abdul Rauf, a senior Afghan Taliban leader told The Associated Press on Sunday that Mansour died in the air strike late on Friday night, a Wall Street Journal report quoted the Taliban officials in Afghanistan as saying that their leader was alive.

People close to the Taliban said the strike took place as senior ‘commanders’ were travelling to attend a wedding in a Pakistani village.

The Taliban’s chief justice official, Mullah Shaikh Abdul Hakim, could have been among those killed in the strike, they said.

“The death of Mansour, who was consolidating his authority over a fracturing Taliban as the militants made major gains on the battlefield, would throw the insurgency into its second leadership crisis within a year. Still, it was unclear whether it could create any significant breathing space for the Afghan government of President Ashraf Ghani, which has struggled to bring the insurgency into negotiations,” The New York Times said in a report.

Pakistan has reacted in what can be called impotent rage. The US notified both Kabul and Islamabad about the attack, obviously after the attack was carried out. After initial low-key response by way of confirmation by his government, Prime Minister Nawaz Sharif has severely criticised the raid, complaining that the “red line” on the US confining its attack within the FATA, the tribal areas has been violated. As usual, Pakistan has protested the violation of its “sovereignty” by the Americans, a ritual it conducts each time the US deploys the drones.

The latest US drone strike targeting Taliban chief Mansour was the first-ever in Balochistan, which has long been a ‘red line’ for Pakistan.

There have been about 391 drone strikes by the US in Pakistani territory, primarily targeting Al Qaeda and Taliban leaders since 2004, according to a database maintained by Long War Journal.

All but four of these strikes took place in the tribal agencies. The only previously reported strikes that took place in settled areas were in Hangu district (2013) and three in Bannu (2008).

Seventy-one per cent of the strikes took place in North Waziristan, while 23pc targeted areas in South Waziristan.

The strikes in Bannu had prompted fears among the Pakistani leadership that the US could expand the theatre of drone warfare into the settled areas of Pakistan, i.e. outside the tribal region, in short, Pakistan’s “man land.”

While the Pakistan government have kept condemning drone strikes all along, terming them a violation of Pakistan’s sovereignty, it had conveyed a set of ‘red lines’ to the US in 2010, specifically mentioning attacks in Balochistan as a no-go area.

A document at that time had, while defining the ‘red lines’ communicated to the Obama administration, stated explicitly: “No extension of drone attacks to Balochistan.

However, it is clear that the Obama administration, with its tenure barely six months, is determined to push itself on the Af-Pak border and take as many Taliban it can while reducing its military presence on the ground. The mission, which included multiple drones, demonstrated a clear willingness by Obama to go after the Afghan Taliban leadership in Pakistan now that the insurgents control or contest more territory in Afghanistan than at any time since being ousted by a US-led intervention in 2001. 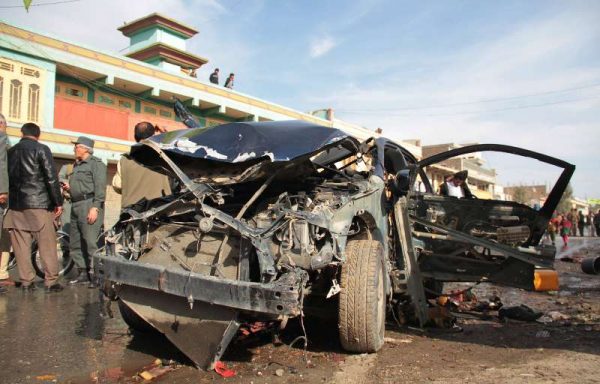 The drone attack fits in completely with the American legislative action of blocking $450 million of military aid to Pakistan till it acts to curb the Haqqani network.

The Obama administration has not lost sight of the fact that at Islamabad’s bidding, the Taliban selected/elected Sirajuddin Haqqani on whom the US has announced a bounty of $ 50 million. Islamabad’s gambit is to keep Sirajuddin in the loop in any talks for reconciliation that the Taliban may engage in with Kabul or with anyone else. Washington has noted that Pakistan has cocked the snook by getting immunity for Sirajuddin.

The strike in Baluchistan is seen as a signal that the Obama administration is growing less patient with Pakistan’s failure to move strongly against the Taliban insurgency. While Pakistan’s powerful military establishment has quietly cooperated with the CIA’s campaign of drone strikes against al-Qaida and the Pakistani Taliban in the northwestern tribal areas, it has refused past requests from the spy agency to expand the drone flights into Baluchistan.

The United States and the Afghan government have long pointed at the Taliban sanctuaries across the border in Pakistan, particularly in Baluchistan, as the main reason for the resilience of the insurgents despite a campaign against them that, at its peak, involved nearly 150,000 international troops.

The US has shown determination for punishing the Taliban and if and when necessary, despite its close military relationship, even Pakistan.

US Secretary of State John Kerry who spoke to Nawaz Sharif over telephone after the drone attack was officially announced in Washington, said: “”We have long said that Mansour posed an imminent threat to us and to Afghan civilians,” he said. “This action sends a clear message to the world that we will continue to work with our Afghan partners.” 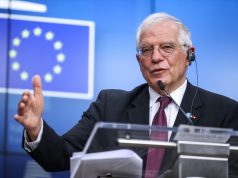 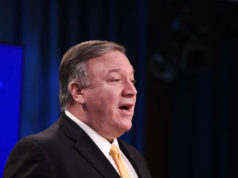