As FATF preparing to meet on February 16 to take a decision on Pakistan, an anti-terrorism court convicted wanted terrorist Hafiz Saeed in two terror-financing cases. He was slapped with a prison sentence of five and a half years and a fine of Rs15,000 in each case. The sentences of both cases will run concurrently… reports Asian Lite Newsdesk

Wanted terrorist and Jamat-ul Dawa leader Hafiz Saeed was found guilty in two terror-financing cases on Wednesday. He was slapped with a prison sentence of five and a half years and a fine of Rs15,000 in each case. The sentences of both cases will run concurrently, Dawn reported.

He was convicted under the Anti-Terrorism Act Section 11-F(2) — pertaining to membership, support and meetings relating to a proscribed organisation — and 11-N (punishment under Sections 11-H [fund-raising] to 11-K [money laundering]), the Dawn reported. The court also granted him the benefit of Section 382-B of the Code of Criminal Procedure (reduction of period of sentence of imprisonment).

Saeed-led JuD is believed to be the front organisation for the Lashkar-e-Taiba (LeT) that carried out 2008 Mumbai terror attacks that killed more than 160 people. He has not been charged for the terror attack. 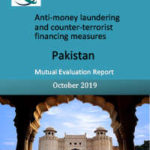 The Financial Action Task Force’s (FATF) will meet on February 16 to take a decision on Pakistan. The financial watchdog headed by Chinese Xiangmin Liu is expected to remove Pakistan from the grey list after monitoring the implementation of its 27 action points. Terror financing is one among them.

Pakistan will be judged by an FATF plenary meeting in the meeting on the basis of the Joint Group’s report, concluded last month, for a possible exit from the ‘grey list’ or at least avoiding an entry into the black list.

Last month, despite strict opposition from India, several FATF’s Working Group members including the European Union and the United States had expressed satisfaction while reviewing Pakistan’s performance report from October 2019 till January 2020 in compliance with the global illicit financing watchdog’s action plan carrying 27 recommendations about the country’s anti-money laundering and combating financing of terrorism (AML/CFT) mechanism.

The group had also reviewed answers given by Pakistan in a 650-page report to the global financial watchdog. The FATF had demanded Pakistan to convict those terrorists who had been associated with the banned outfits and also summoned copies of cases lodged against the banned organisations. Details were also sought about legal steps taken concerning religious seminaries, action against money laundering, and transfer of funds, assets and jewelry in the name of terrorists.
Pakistan had forwarded all required particulars to the FATF while noting that investigations into 700 cases concerning transfer of funds to militants were ongoing.

The terror financing cases were filed by the Counter-Terrorism Department’s (CTD) Lahore and Gujranwala chapters. The case filed by CTD’s Gujranwala chapter was initially being heard in a Gujranwala ATC but was shifted to Lahore on the directions of the Lahore High Court. During the trial of both cases, the court recorded the statements of 23 witnesses, The Dawn reported.
The JuD chief was arrested by CTD in July last year, while he was travelling from Lahore to Gujranwala. Prior to his arrest, 23 first information reports had been registered against JuD leaders, including Saeed and JuD Naib Emir Abdul Rehman Makki, at CTD police stations of Lahore, Gujranwala, Multan, Faisalabad and Sargodha in July 2019.

According to the CTD, JuD was financing terrorism from the massive funds collected through non-profit organisations and trusts including Al-Anfaal Trust, Dawatul Irshad Trust, Muaz Bin Jabal Trust, etc. These non-profit organisations were banned in April last year as the CTD, during detailed investigations, found that they had links with the JuD and its top leadership.
The crackdown on JuD last year followed a warning by Paris-based Financial Action Task Force (FATF) to Pakistan to deliver on its commitments to curb terror financing and money laundering.

The government had announced a ban on JuD and Falah-e-Insanyat Foundation (FIF) to partially address the concerns raised by India that Pakistan supported these and six similar organisations, including Jaish-e-Mohammad (JeM) or at least considered them low-risk entities.
Law enforcement agencies over the next few weeks had intensified their crackdown on JeM, JuD, FIF and other banned outfits, and arrested more than 100 activists. Nearly 200 seminaries besides hundreds of other facilities and assets associated with them across the country were taken over by the government.