Iftars, the religious ceremony to break dawn-to-dusk fast during the holy month of Ramzan, were used as platforms by Jamaat-ud-Dawa (JuD) leader Hafiz Saeed, to spread lies and hate messages.

The messages were aimed against India, which the Pakistanis are told to treat as their external enemy, and also against the US, which has sustained their country since its inception with its dollars, weapons and political support.  Israel is another target, whose Army intelligence, despite all Pakistani hostility, had come to Peshawar in the 1980s to help Pakistan during the Afghan War.

In Pakistan, civilian governments and the militancy-dominated establishment hold two mutually militating views on the country’s security. The former believes that peace and trade with neighbours assures Pakistan’s security.  On the other hand, the latter must create an external enemy to ensure its own security and domination in the country. Exponents of this philosophy claim that Pakistan’s existence depends on the existence of external enemy or enemies.  Thus, while the civilian governments advocate good relations with India as a panacea for Pakistan’s all socio-economic ills, the more powerful Army and hordes of its supporting Islamists project India as their country’s eternal enemy which has not yet accepted the creation of Pakistan. 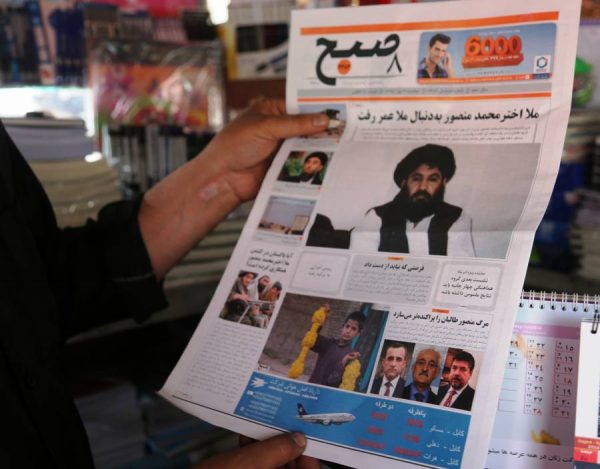 The above gives a background to the “Difa-e-Pakistan Council” (Defence of Pakistan Council) which then ISI Chief Lt. Gen. Suja Pasha fathered and handled it over to Saeed for his good report card during the Afghan War in the 1980s and then his terrorist activities against Kashmir while he and some others were running Markaz-e-Dawa-wal-Irshad (MDI) at Muridke near Lahore. Lashkar-e-Taiba(LeT) emerged as MDI’s terrorist wing under the command of Saeed. It was LeT, which, with the backing of some Pak Army men, staged the Mumbai carnage in November 2008. Consequently, the UN designated LeT as a terrorist organisation and put a ban on the movement of Saeed.

In Pakistan, then ruling Pakistan People’s Party (PPP) accepted the UN resolution but the ISI virtually defied it by putting Difa-e-Pakistan Council in his hands and that involved Saeed’s travelling throughout Pakistan to talk on the defence of Pakistan even to occupied Kashmir.  But what Saeed does in the name of defence of Pakistan is to parrot the Army’s domestic and foreign policies. As such India and the US are his targets. Since the 1950s, the Pak Army has received billions of dollars from the US and for joining the war against global terrorism in 2001.  But it fell foul with the US because of the Kerry-Lugar Bill which pledged to fund social development in Pakistan.  The Army which till now had been exclusively getting US money, was publicly annoyed.  It was also annoyed with the US given the growing relations with India and conversely cooling off the warmth with which US-Pakistan relations had started in the Fifties during the cold war.

The Difa-e-Pakistan Council was apparently set up in the wake of the Army’s growing disenchantment with the US.  Simultaneously, the US Congress was increasingly getting fed up with Pakistan’s constant lies. At the same time the Americans had begun to realise their mistake of having preferred Pakistan to India for about six decades.  Pakistan, on the other hand, began strengthening its relations with communist China by virtually surrendering a part of its own territory and the occupied Kashmir territory in the name of China-Pakistan Economic Corridor (CPEC). 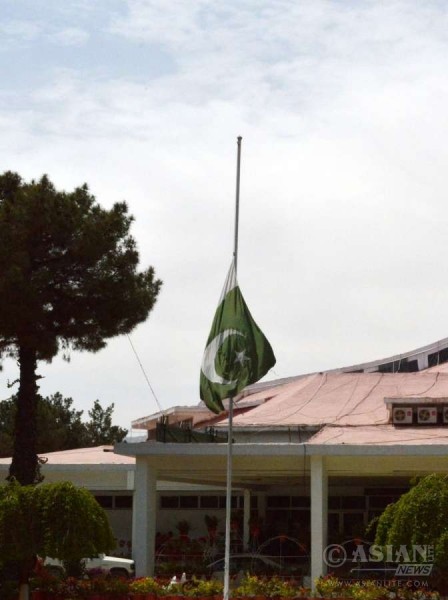 The Difa-e-Pakistan Council started with two slogans; one, full support to Imran Khan-led Pakistan Tehreek-e-Insaf (PTI)  in the next elections which took place  in May 2013 and thus to prepare the public opinion against, what Saeed called, US-India conspiracies against Pakistan. The first objective strengthened suspicions in Pakistan that PTI had the Army’s backing.  As this suspicion gained currency in the country, the council’s first objective fizzled out.  Moreover, Saeed and his ISI backers must have realised this objective was non-emotive and not of much use for it ( read ISI).

The easiest thing in Pakistan has always been generating a hysteria against India and now against the US also.  Saeed and his associates in the Difa-e-Pakistan Council face absolutely free to make allegations against India and the US to generate suspicion and hatred for them. In his speeches he tells his audience that the Americans are losing in Afghanistan and once they leave the country, he will free Kashmir. He rules out trade relations with India without getting Kashmir first.  He also claims the Kashmir movement is meant to strengthen Islam.  It is a well-known fact that it is the Army which frustrated the PPP government’s efforts to establish trade relations with India. It also warned the Muslim League government of Nawaz Sharif against trying to establish trade relations with India.

During Iftars this year Saeed told his uninformed listeners that India was trying to thwart CPEC and create a rift between Pakistan and China in league with the US.  He alleged that India and the US had egged on the Afghan troops to attack Pakistan at Torkham border.  He also alleged that India was allowing its ports and airbases to be used by the US which wanted to attack Pakistan’s nuclear facilities and destabilise Pakistan.  He moreover alleged that there was a conspiracy to make Pakistan a secular state, but, he said, the Difa-e-Pakistan Council would continue its campaign to protect the country’s geographical and ideologies boundaries.  This is exactly the mission that the Army has been claiming for itself since 1947, when on the morrow of independence, Pakistan, then hardly, four month old, invaded Kashmir.  The Army claimed this invasion was to defend Pakistan’s geographical and ideological boundaries.

This really undefined ideology has been used by the Army to keep genuine democracy out of Pakistan and to instil an existential angst in the minds of the people. This helps it to perpetuate its domination over Pakistan and provides richly gainful employment to hordes of good for the Islamists of various hues. This employment requires of them to keep pressure on the civilian governments so that they do not digress from domestic and external policies unofficially laid down by the Army.  It is also absolutely not a crime for these Islamists if they publicly hurt invectives on foreign countries.  They are free to shriek lies against India and the US at their public meetings.

It cannot be doubted that the lies and hatred Saeed spread during his Iftar meetings had the approval of the Army. When of late the mainstream media in Pakistan has been questioning the freedom enjoyed by Hafiz Saeed and the access and outreach of his frontal charity organisation – Falah-i-Insaniyat Foundation (FIF) -within the country and overseas, the canard Hafiz Saeed spread exploiting the holy month of Ramadan and congregation of the pious, it would remain another epitome how Pak security establishment has been using a UN-designated terror mastermind to vitiate the regional political and security atmosphere, to further its own vested interests.