International terrorist Hafiz Saeed’s new party Milli Muslim League (MML) spells more dangers for Pakistan. With his chain of schools and colleges, charity organisations, hospitals and dispensaries besides the ambulance fleet, Saeed ran a fairly large, profitable and influential business empire which no politician could ignore. In fact, he had in the last few years become the king maker.…writes Dr Sakariya Kareem

Terrorist mastermind Hafiz Saeed’s new venture into politics, albeit with the blessings of his patrons in Rawalpindi, will spell only doom for the Pakistani people who are already reeling under the slow death of politics, rise of corruption and mis-governance, a blooming economic crises, the threat of terrorism and the growth of military and their proxies. What the people, who are fast losing hope in the government and country, wanted was terrorists like Hafiz Saeed becoming politicians to further ruin their fate.

There is much to fear from the rise of Hafiz Saeed as a political leader. Saeed is no ordinary terrorist. He is the favourite protégé of Pakistan Army and has been so for quite a few decades now. His group has been instrumental in finding the army a foothold in Afghanistan during the Al Qaeda-Taliban domination and then in subjugating own citizens in Punjab, Sindh and Balochistan. But what enabled Saeed and his group to survive and flourish all the so-called wars on terror has been their work tasked by the army against India.

It is well known that Lashkar-e-Tayyeba (LeT), which goes under many other names, was an instrument of war created by Pakistan Army, first to settle the Afghanistan issue and then take on India through a prolonged asymmetrical warfare. The most visible episode was the Mumbai attack of November 2008 which left no doubt about the close relationship between Pakistan Army and LeT. The attack was planned and executed by the army, through LeT. This was the reason why Hafiz Saeed, despite an extraordinary pressure at the international level, including that of India, remained free to expand his terrorist empire. In fact, a year after the attack, the Punjab government of Shahbaz Sharif, found it convenient to grant a large sum from the public exchequer to LeT in the name of charity.

working with both the army and the civilian leadership but keeping his loyalty firmly with the army. But he made himself useful to the political masters as well—helping them, like PML-N and others, with their political campaigning, garnering support for their leaders, helping them to subvert any dissent or protest in exchange for protection and support.

With his chain of schools and colleges, charity organisations, hospitals and dispensaries besides the ambulance fleet, Saeed ran a fairly large, profitable and influential business empire which no politician could ignore. In fact, he had in the last few years become the king maker. One of the reasons behind the dishonourable exit of Prime Minister Nawaz Sharif is the decision of his government to keep a tighter lid of Hafiz Saeed and threatening him with prosecution as demanded by India. Sharif was keen on building a better relationship with India but was hemmed by the army which virulently opposed such a move.

The timing of Saeed’s announcement was not surprising either. It followed quickly on the heels of Prime Minister Sharif stepping down. It meant this was something which had been in the works for some time. What was spoken at the press conference, announcing the setting up of Milli Muslim League (MML), revealed other intriguing pointers.

One, the falling out between the Sharif family and the terrorist group. Saeed and his group operate out of Lahore, the stronghold of the Sharif family. Saeed and LeT have benefited materially and otherwise from the Sharif government in Punjab. Although Saeed has relied more on the help from his patrons in Rawalpindi, the provincial government in Lahore and the Sharif government in Islamabad gave him and his group considerable leeway. So when the leader of MML, Saifullah Khalid, spoke out against corrupt politicians and dynasty rule, the breakup between the two became public.

Saifullah Khalid’s nomination as the head of this new outfit calls for a closer scrutiny. Khalid is one of the main accused in the Mumbai attack. He is a close associate of Hafiz Saeed. This is clear from the positions he held in the group. He has been the head of LeT’s Lahore unit and the head of Tehrik-e-Azadi Jammu and Kashmir. The Tehrik was created early this year, as  a precursor to the new political party, to consolidate support for the terrorist group’s political ambitions. Khalid has been at the forefront of launching “jihad“ in Kashmir. This short sketch reveals the position the party is going to adopt in its campaigns and activities.

This further strengthens the assumption that MML is now being primed to become a “mainstream“ political party even if it is confined to Punjab. Saeed and his group have considerable influence in Punjab and it can be exploited to boost the chances of MML in the next year’s elections. Although it is known that the electors have not really favoured any religious party in the general elections, the MML, with the blessings of the army, and “like-minded parties“, could change this trend. Such a scenario of course would depend on the MML getting the election commission’s nod.

Unlike the past, the MML’s birth should not be dismissed as a flash in the pan event. Hafiz Saeed, besides being the owner of a rich and powerful business empire, is one of the loudest anti-India rabble-rousers in Pakistan today, a fact which gives him a visible presence in the audio-visual media and brownie points with his patrons. He has a fairly extensive social media outreach which is utilised to extend his vitriol against India and the cause of `jihad`. Today, Hafiz Saeed is capable of not only funding all his activities, including that of MML, but also gathering considerable support among the people of Punjab.

This is because Punjab too has changed in the past few decades, increasingly becoming openly supportive of extremist elements. The manner in which MumtazQadri, the killer of the then Punjab Governor Salman Taseer, was hailed as a “saviour“ and a “hero“ by a large section of the people and the silence of Punjab over the killings of minorities and Baloch and Pakhtun citizens are all indicators of the growing radicalisation of Punjab. The election of MasroorJhangvi, a member of rabidly anti-Shia outfit, AhleSunnatwalJamat (ASWJ), in December 2016, could also be seen as a sign of things that have changed in Punjab.

If the MML is permitted to assume the mantle of a political party and allowed to contest the next year’s elections, it would not only be disastrous for the region but more so for the people of Pakistan. It is already suffering from extreme radicalisation, thanks largely to groups like LeT and the patronage they enjoy from Pakistan Army. The political coming of Hafiz Saeed could block whatever little hope there is among the people for a more liberal society and country to live in. The emergence of Saeed as a political leader could also strengthen the adverse image of Pakistan in the world as a terrorist-supporter country. This would mean more sanctions, more prohibitions for the people of Pakistan to travel the world and become part of global community.

Whichever way it is looked at, the terrorist group’s foray into politics, with the blessings of Pakistan Army, offers no benefit to the country or its people; instead it will bring only more trouble at home and abroad. 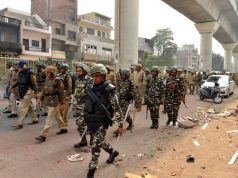