“My generation was one that looked for greener pastures overseas and my generation was also the generation that fled India in droves looking for opportunities elsewhere. But it was never an option for me”…. Shobha De tells Radhika Bhirani 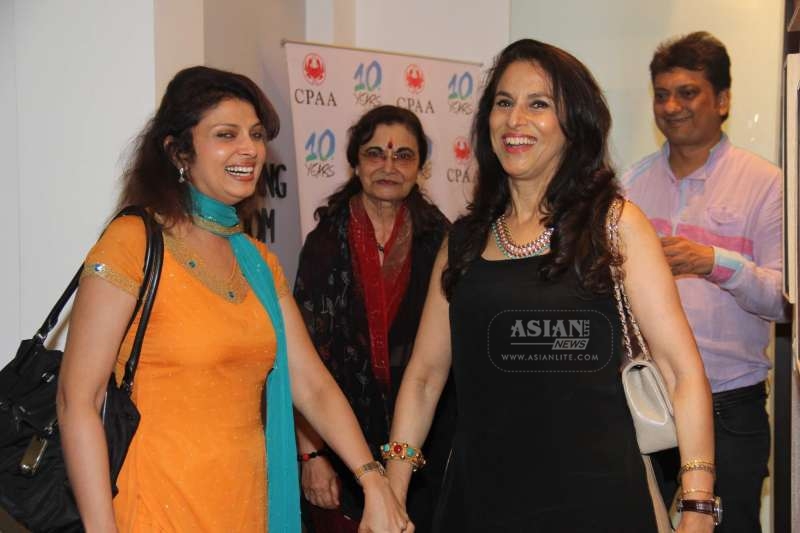 The “intolerance” debate will have no bearing on the sentiments of “Superstar India” author Shobhaa De, who says the country will always be her “superstar” and she will continue to “believe in India”.

In her 2008 book, the fearless and outspoken De zoomed in on the country’s historical glories and failings, and back then itself, she had delved on how people even of her generation were fleeing from India to jobs in the west. Now in the current scenario, where noted names from different fields of expertise have expressed resentment over “growing intolerance” in the country, does she still consider India her superstar?

“My generation was one that looked for greener pastures overseas and my generation was also the generation that fled India in droves looking for opportunities elsewhere. But it was never an option for me.

“I had several offers to do just that, but I believe in India, I believed then, I believe now and I will continue to believe in it. That’s non-negotiable,” she added, in a clear reference to Bollywood actor Aamir Khan’s recent comment on how his wife had wondered about leaving the country after a spate of hate incidents directed against minorities.

An author and columnist, who had landed in trouble after calling Maharashtra Chief Minister Devendra Fadnavis a ‘Diktatwala’ on Twitter, believes “there is some amount of exaggeration” in the tolerance and intolerance debate.

“It (the exaggeration) is inevitable because people are expressing a certain level of anxiety, which cannot be ignored.

“If it goes up to an extent where it becomes difficult to endure for the average person, not just the intellectual writers, poets, filmmakers and the creative people…if the commoner starts feeling the impact of this, then we will be in trouble,” she said.

Citing an example of how “the average viewer of Hindi cinema is beginning to question the censorship guidelines”, De said it’s almost metaphorical of the Indian citizens’ demand that “we want our freedom, and it’s something worth fighting for”.

While at an event here to celebrate the amalgamation of fashion and Indian handloom, it was only apt for De to comment that “So far, the fashion industry has been spared (of the intolerance issues)… for how long, one cannot say”.

Looking resplendent in a red sari and bindi, De expressed the hope that girls of today’s generation embrace the six-yard wonder. She added that the onus is also on Bollywood to bring it back in vogue.

“I have saris all over. I feel I was born in a sari,” quipped De, adding that younger women need to be wooed back into wearing saris.

“We have to make sure that the sari is attractive to the younger generation because it is centuries of tradition, it is our legacy, part of our heritage and most flattering six-yard garment in the world.

“I don’t think that even the best designers on earth can improve on the sari. So why should the young turn away from it and wear silly frocks and gowns?”

“For a lot of the young Indians, Bollywood sets the fashion tone, and they are all wearing couture, hardly ever wearing a sari on the red carpet. I would love it if they balance the two.

“I hope they give as much respect to the sari as they give to Parisian designers.”