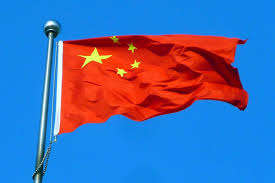 India on Sunday congratulated China for being elected Vice President of the Financial Action Task Force (FATF), an inter-governmental body to combat money laundering and terror financing among other financial crimes, expressing the hope that it will uphold its objectives.

“Congratulations to China on its election as Vice President of Financial Action Task Force at the FATF plenary meetintg on February 23,” External Affairs Ministry spokesperson tweeted.

“We remain hopeful that China would uphold and support the objectives and standards of FATF in a balanced, objective, impartial and holistic way,” he said.

China’s election to the FATF assumes significance as Pakistan is set to be put in the watchdog’s grey list, which puts countries under the scanner for not implementing the body’s objectives, in June this year.

In what can be seen as a significant diplomatic victory for India, China stood down against voting for “all weather friend” Pakistan not to be put in the FATF’s grey list which names countries for not implementing the body’s objectives.

Three votes from the FATF’s 37 members are needed for a country not to be put in the grey list.

China, Turkey and Saudi Arabia, leading the six-nation Gulf Cooperation Council (GCC) that votes as one bloc, were against Pakistan being put in the grey list.

However, the US managed to prevail upon Saudi Arabia not to stop Pakistan being put in the grey list while New Delhi reportedly worked out a deal with Beijing, assuring China a larger role in the FATF.

Pakistan worked hard to get out of the grey list in the FATF plenary session in Paris on February 22-23.

Eventually, though it was not included in the nine nations named for the grey list, the FATF decided that Pakistan, accused of providing safe havens for terrorists, will be put in the grey list in June.

Th FATF plenary sessions are held in February, June and October every year.

Pakistan, which was previously on the grey list from 2012 to 2015, on Saturday slammed the decision as “politically motivated” that may affect its future cooperation.

Meanwhile, India and China, during Indian Foreign Secretary Vijay Gokhale’s visit to Beijing on February 23-24, agreed that “sound development of relations” between them will help in bringing stability to today’s world.