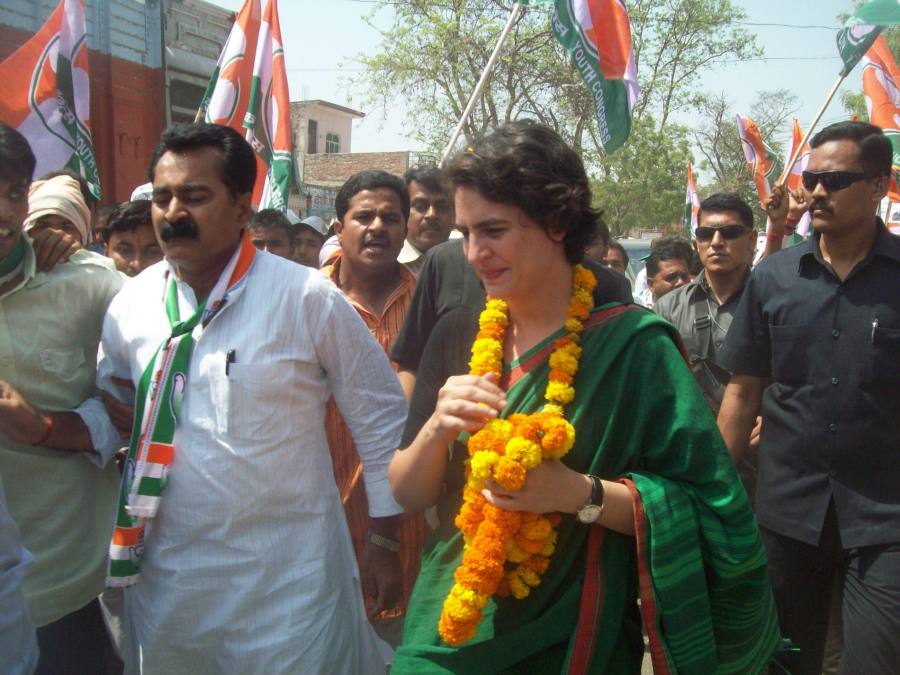 The implications of Rahul Gandhi’s summary dismissal of the idea of Congress support for the Third Front are not clear. Nor is it clear whether the Congress vice president’s views are the party’s last word on the subject.Considering that some of his theories, such as not giving ticket to the tainted, haven’t been accepted by the party – vide the nomination given to the party-hopper Ajay Rai with a criminal background in Varanasi – it is possible that the heir-apparent’s advice will be forgotten if there is a realistic chance of a Congress-Third Front alliance government.Given the eagerness of the average Congressman to be in the corridors of power, partymen are unlikely to forsake an opportunity to retain their hold on office, especially if their tactics stop Narendra Modi’s forward march. Along with the Congress, some of the parties in the United Progressive Alliance (UPA) such as the Nationalist Congress Party (NCP) and the National Conference are also likely to be interested in sharing power.So will the Congress’ friends, including near ones like Lalu Prasad and somewhat distant ones like Mayawati and Mulayam Singh Yadav. The Left has also expressed its willingness to be a part of such an arrangement.Rahul Gandhi, of course, has a different take on the matter. He has stated that he will prefer the Congress sitting in the opposition to making a grab for power. As is known, he has been emphasizing for quite some time the need to rebuild the 128-year-old party, even saying that he is surprised the Congress wins elections at all, given its organizational disarray.It is this aspect of the party which he wants to cure, starting by building up the organization from the grassroots level. His idea of letting the local Congressmen choose their election candidates in a few constituencies was a part of this plan although it floundered on the pitfalls of realpolitik, as when the veteran Madhusudan Mistry replaced the candidate selected by the locals for the Vadodara seat.It is, however, likely that for all the adulation which Congressmen habitually shower on the party’s first family, not many will endorse the idea of spending the next few years in the wilderness if there is a viable option to be on the ruling side.Moreover, it is doubtful to what extent Rahul Gandhi will be successful in his mission. For a start, an electoral setback will be a blow to the family and undermine the positions of both Sonia Gandhi and Rahul Gandhi. There may be an attempt by the family loyalists to make Manmohan Singh the scapegoat. But ultimately the dynasty cannot escape the blame.An attempt, therefore, to rebuild the party when the architect’s political image is under a cloud can hardly be successful. Besides, the question can be asked whether the process of renovation should not begin at the top. After all, Rahul Gandhi has been saying that the decisions in most of the parties are taken by a few, whether it is the Samajwadi Party or the Bahujan Samaj Party or the Rashtriya Janata Dal (RJD).But nowhere is this concentration of power deeper than in the Congress. As long as the dynasty could bring success, its dominance was acceptable. But failure is an orphan. It will be difficult, therefore, for someone who is seen to have stumbled to claim that he will breathe new life into the party.Indeed, the very act may be interpreted as an example of feudal hubris. It is no secret that at least the upper and middle classes, if not the underprivileged, have become increasingly contemptuous of not only the Congress’ dependence on a single family but also of the curious spectacle of grown-up men in the party acting like serfs, unable to utter a word against its members or even its in-laws.True, several other parties have also become family enterprises, such as the Samajwadi Party and the RJD, but nowhere is the servility of the party members as visible as in the Congress. As a result, Rahul Gandhi’s endeavours to put together the broken pieces with the help of his bonded labourers are likely to cause more amusement than admiration.This is all the more so because Rahul Gandhi is not seen as someone with high political energy. His long absences from parliament and the political field, often at critical times as during the gang rape and death of a young woman in December 2012, have underlined the dilettante nature of his politics.It is also not impossible that his rejection of the Third Front is born of the belief that he will be lost among heavyweights like Sharad Pawar, Jayalalithaa, Naveen Patnaik, Lalu Prasad, Prakash Karat and others. Hence, his desire to plough a lonely furrow.