Pakistan should draw a “red line” whether it wants to talk to the government of India or to those who want to break India, Defence Minister Arun Jaitley said here .

Speaking at the India Economic Summit, Jaitley said India is ready to speak to Pakistan and is willing to normalise the relationship, but then there were a few “red lines”.

Recalling that foreign secretary-level talks with Pakistan were called off in August due to its high commissioner meeting separatists from Jammu and Kashmir, he said a new red line has to be drawn in Pakistan about who they want to speak to.

Jaitley, who also holds finance portfolio, referred to ceasefire violations by Pakistan and said the consequences of its “misadventure” would be “unaffordable cost for Pakistan”.

He said India would like to normalise the relationship but whether Pakistan wants to do so depends on it.

Jaitley said the BJP-led government sought to improve ties with Pakistan and gave it three messages.

He said the first message was of India’s willingness to talk, second was the decision to send the foreign secretary to Islamabad, and the third was that “situation in international border cannot go on”. 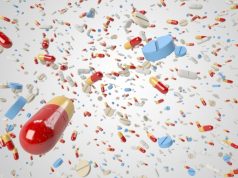