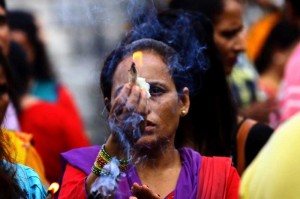 India has a low rank of 101 among the 133 countries measured for their social progress, even below some immediate neighbours such as Pakistan, Bangladesh, Nepal and Sri Lanka, indicating the level of meeting basic human needs and well-being, among other factors.

Conducted by Social Progress Imperative, a US-based non-profit organisation set up in 2012, the index is seen as a measure of relationship between income inequality and social progress by using the commonly deployed Gini coefficient on income inequality.

“If the world were a country, it would score 64.39 out of 100 on the Social Progress Index based on a simple average of countries and 61.00 on a population-weighted basis,” the organisation said in the latest report.

The countries are rated on indicators of well-being such as health, water and sanitation, personal safety, access to opportunity, tolerance, inclusion, personal freedom and choice.

Norway has taken the first rank, while the US is at the 16th place.

On the parameter of “Tolerance and inclusion”, which according to the American NGO is the most difficult parameter, India fares even worse with a rank of 128.

The SPI was launched in 2013 and is based on 52 indicators of countries’ social and environmental performance.

It includes no economic indicators and measures outcomes, in line with SPI’s philosophy that focusing solely on GDP implies measuring progress in purely monetary terms and failing to consider the wider picture the things that impact people.