In a bid to check growing influence of China-Pakistan nexus in the Indian Ocean, India’s external intelligence agency, Research and Analysis Wing (R&AW) is bolstering up its maritime intelligence network, laying more emphasis on the Arabian Sea region. Eight months ago, in the tenure of the then President of Maldives, Abdullah Yameen, capital city Male had become overseas hub of Pakistan’s spy agency, the Inter Services Intelligence (ISI).

A secret report of RA&W reveals that Indian agency successfully thwarted ISI designs in the strategic island of Maldives. The ISI, backed by Ministry of State Security, MSS (Chinese spy agency) and involving a few close aides of former Maldives President Abdullah Yameen, was encouraging anti-India activities being operated from Pakistan’s embassy located in Male, report says. Yameen was allegedly close to a senior Pakistan diplomat and was later trapped by the Chinese agency.

The report says that during the tenure of Abdullah Yameen, President of Mauritius (2013-2018), the Chinese gained military, economic and political influence in the strategic island. Yameen’s activities did not find favours with India.

A highly placed source in the government told that Chinese invested more than $2 billion in large-scale infrastructure projects, but the money pumped in by Beijing was more in the form of a loan. Yameen entertained several Chinese companies and even leased small islands to them.

According to a source, the situation changed once Ibrahim Mohammed Solih took over as Maldives’ new President. “Finally Prime Minister Narendra Modi’s recent visit to Maldives (June 8 and 9) was a morale booster for India’s security and intelligence agencies. National Security Advisor Ajit Doval was the key person in planning this first foreign visit of Modi in his second term, a source said.

Sources said that former President Yameen was also close to Pakistan and had allegedly facilitated ISI to increase its presence in the island country. During Yameen’s tenure, Pakistan Embassy at Lily Magu area in Male had become an overseas hub of ISI, engaged in hatching conspiracies against India. In fact Pakistan’s Ambassador played a key role in bringing Beijing closer to Yameen.

Turning the tide against Yameen, pro-India leader Ibrahim Mohammed Solih took an anti-China stance in last year’s election and succeeded in his mission. Sources said once Solih took over the reins in Male, ISI’s growing influence in the Maldives was gradually neutralised. Besides Maldives, R&AW is also stepping up its vigil of Chinese vessels around Seychelles and Mauritius.

New R&AW Chief Samant Goel, an expert on Sino-Pak affairs with more than 18 years of experience in the agency now plays an important role in stepping up India’s vigil in the Arabian sea region. Goel, a 1984 batch IPS officer, is said to be close to Ajit Doval and has been a key figure in chalking out the planning of Balakot air strike early this year.

“With Doval at the helm, his close aide Samant, a meritorious officer, can take the agency to a new height of professionalism. As far as checking the growing influence of China in the Indian Ocean is concerned , the RA&W is quite capable of achieving its set objective,” said a former senior official of India’s external agency.

Sources said to rejuvenate the cadre and enhance human intelligence, RA&W has got rid over several officers who were not performing up to the mark. The officers whose identity was compromised or against whom there were complaints relating to integrity, were also shown the door.

The agency has also procured state-of-the-art gadgets and is well-equipped to intercept conversations of satellite phones. In cyber-related surveillance RA&W can be compared with any top spy agency of the world including Mossad (Israel) or China’s Ministry of State Security, MSS. Sources said apart from increasing maritime presence, MSS is also focusing on economic espionage as China becomes a major telecom player.

The MSS boasts of some of the best hackers who can break into any secret data from a server located in any part of world. Sources said R&AW is well equipped to tackle any such cyber threat originating from any part of the globe. 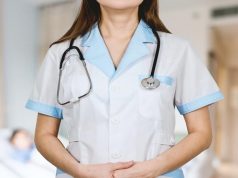