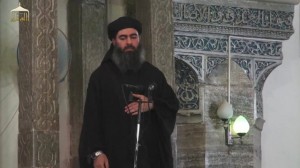 A man from Punjab who escaped from the clutches of the ISIS in June 2014 claimed that 39 Indians taken hostage have been killed.

External Affairs Minister Sushma Swaraj said in New Delhi that she did not believe the claims and her own sources felt the Indian nationals were still alive.

Harjit Masih, 25, told the media in Mohali town adjoining Chandigarh and claimed that the 39 Indians, mostly from Punjab, were attacked by the ISIS terrorists and killed.

“The ISIS came and kidnapped us and took us to another place. We were 40 Indians and about 50 Bangladeshis. They assured us that our passports would come and we will be allowed to leave for India,” Masih said.

“They (ISIS) handed us over to another group (of terrorists) who took us to another place. Later, they put us in a room and started firing. Everyone around me fell. I kept lying there and later escaped,” he said.

In New Delhi, Sushma Swaraj disputed Masih’s claims and said her sources had not indicated that the Indian nationals were dead.

“We are not sparing any efforts to find them. We are hopeful that we will be able to find them and bring them back home. I have eight different sources who are saying they are alive,” Sushma Swaraj told the media after families of the hostages met her in New Delhi on Thursday.

“Harjit Masih left our protection on his own. He was not under detection,” Sushma Swaraj said.

The family of Masih had earlier claimed that he was kept under detention after his escape and return from Iraq.

“There is no reason to believe him. If we believe him, it will mean that we end our search. I don’t want to give up hope on this and we are looking for proof,” Sushma Swaraj said.

The Indian nationals were taken hostage by the ISIS on June 11 last year in northern Iraq’s Mosul town.

Their families have met Sushma Swaraj and other leaders in New Delhi and Chandigarh to know the whereabouts of their kin stuck in Iraq.