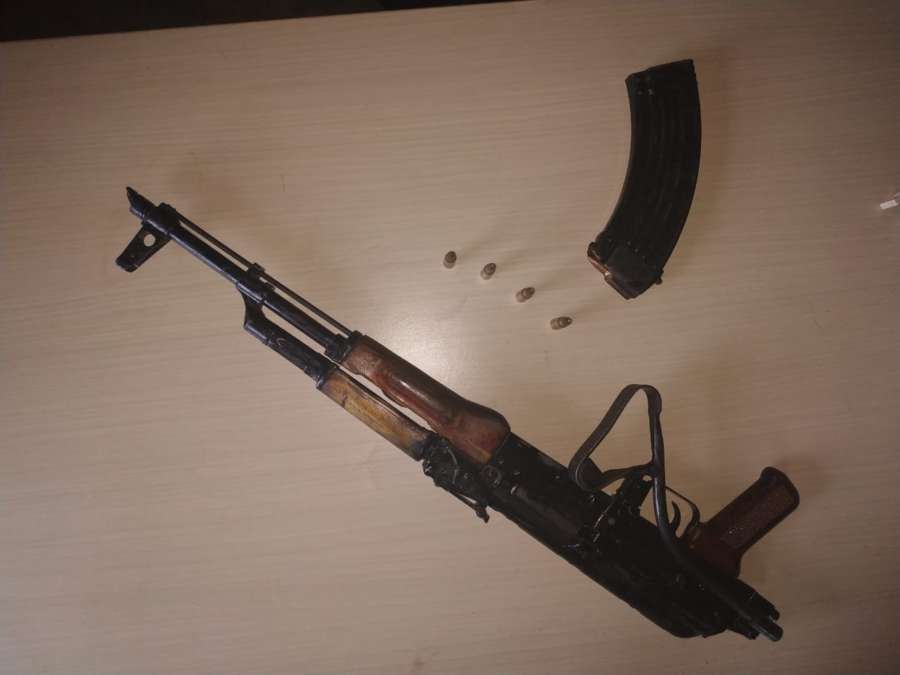 The role of Inter Services Intelligence (ISI) Chief of Pakistan, Lieutenant General Faiz Hameed, has allegedly come to light in the sensational case of airdropping weapons in Tarn Taran, a bordering district of Punjab, located 45 km from Pakistan border post in Lahore. The weapons, including 5 AK-47 rifles, grenades, pistols and satellite phones, were airdropped from GPS-fitted drones between September 9 to 16 with an aim to fuel terror attacks in India.

In an intercept by Indian Intelligence agencies, an unidentified ISI officer, discussing about the arms seized in Punjab, has referred to a name “Hameed sahab”. Sources in the Indian agencies revealed to IANS that conversation which revolves around airdropping mentions “Hameed sahab” in a particular context. ‘Hameed Sahab’ refers probably to Lt General Faiz Hameed, the present ISI Chief, who took charge of Pakistan’s powerful spy agency on April 19 this year.

Sources revealed that the entire consignment of weapons was sent across the border through drones by ISI-backed terror outfit Khalistan Zindabad Force. The objective of airdropping weapons inside the Indian territory apparently seems to execute terror attacks in and out of Jammu and Kashmir. The reports said Lt General Faiz Hameed, close to Pakistan army chief Qamar Javed Bajwa, has also taken several tours of Pakistan occupied Kashmir, after the revocation of article 370 in Jammu and Kashmir, a decision of Indian government which has rattled the top establishment in Islamabad.

The airdropping of weapons on the Indian soil reminds Indian agencies of Purulia arms dropping case in which an Antonov AN-26 aircraft, loaded with weapons, including AK-47 rifles and grenades, flew from Karachi airport in December 1995 and dropped a cache of arms in Purulia district, in West Bengal after refueling the aircraft in Varanasi.

The Intelligence Bureau in its report to the Ministry of Home Affairs has said that in a meticulously planned conspiracy, the ISI had used several hi-tech drones with a capacity of 10 kg payload to drop the consignment at a particular place in Tarn Taran district with the help of GPS-installed remote operation. Acting on a tip-off from agencies, Punjab police arrested five persons, including four from village Chohla Sahib in Tarn Taran on September 22.

The IB report says that ISI’s front man handling the airdropping operation from Pakistan was Ranjit Singh alias Neeta, who operates from a guest house in Lahore, provided by his ISI handlers. Further probe into the drone drop case reveals that the Chinese built drones were flown from a place located 2 km inside the Pakistan territory. Besides weapons, Fake Indian Currency Notes (FICN) were also dropped from the drones.

According to sources, the seized FICN with a face value of Rs 10 lakh is of a high print quality. The seized FICN will be matched with high quality fake currency notes recovered by Special Cell of Delhi police. According to the Directorate of Revenue Intelligence(DRI) report, the latest consignment of FICN recovered by Special Cell and by the Nepal police at Kathmandu airport was of a high quality wherein most of the security features of Indian Rs 2000 and Rs 500 currency were copied.

The latest series of FICN notes recovered by Special Cell and Nepal Police were reportedly printed at the Security Press in Karachi. An IG level ISI officer looks after the security of the Pakistan Security Printing Corporation located at Jinnah Avenue, Malir Halt in Karachi.

Meanwhile, Punjab Police have shared details of investigation of airdropping case with Indian Air Force. The IAF’s forward headquarters of Western Air Command(WAC) in Chandigarh has been put on alert to foil any such move of ISI which seems desperate to carry on subversive activities in India.