Superstar Rajinikanth, who turns 65 , has long since been synonymous with style. From the way he flips his cigarette to his signature walk, the man is known for his inimitable and unparalleled style in his movies….reports Asian Lite News 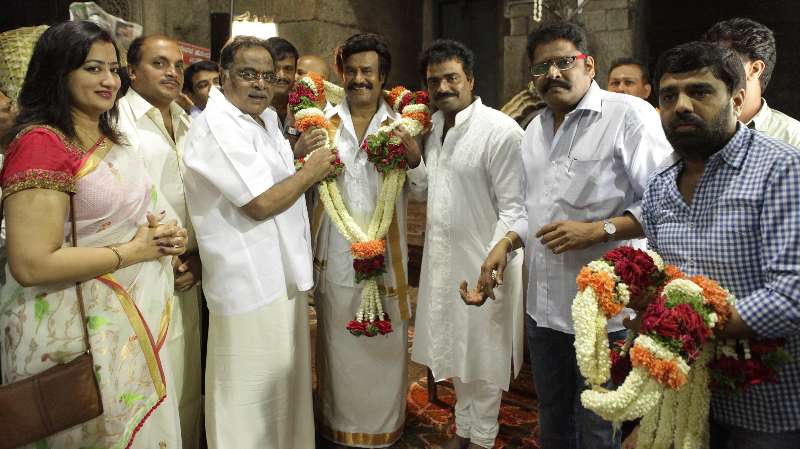 His style statements, which have turned trendsetters over the years, are a fashion school in their own right.

Flipping cigarette: In Indian cinema, nobody can flip a cigarette to his lips like Rajinikanth and it remains his most elusive trick ever because he has constantly reinvented it. From tossing a cigarette into his mouth from a fair distance to rolling it in the air and lighting it with a revolver, or even taking a burning cigarette into his mouth, and taking it back out. Although the star has stopped endorsing smoking on screen, his fans wait with bated breath to see him light a cigarette in films, even if it means for one last time.

The walk: In Rajinikanth’s walk, you find pride and confidence of a man who rose to super-stardom against all odds. While the star walks a tad faster than people usually do, it has never been an issue for filmmakers who captured it in slow motion on several occasions in his films, much to the delight of his fans.

Wearing goggles: Rajinikanth likes the concept of flipping. Be it a cigarette, a jacket, or even the stole that rests on his shoulder; he doesn’t use them without a flip. While many may consider his way of using a goggle peculiar – flipping it from elbow level and rolling it a few times before actually wearing it, the style was still a hit among youngsters. It was so popular that even children, especially in the age group of 5 to 10, imitated it with likable innocence.

Hairstyle: It’s quite possible that the star never required a comb, because he’d mostly flip his hair with his own hands with panache. Rajinikanth’s hairstyle had striking similarity with a lion’s mane and it could also be one of the reasons why it was never altered in his films.

The namaskar: When people do namaskar to greet others, their palms usually come together before the face or chest, but it goes sideways for Rajinikanth. It usually goes towards the right or left side of his chin. While the actor never did it on purpose, yet people started imitating it.

The salute: There’s a flip in his salute, too. He flips his hand in a circular motion and stops at forehead to salute. Rajinikanth popularized it in his film “Padayappa” and although he never used it again in his career, people still remember it as one of his most stylish gestures.