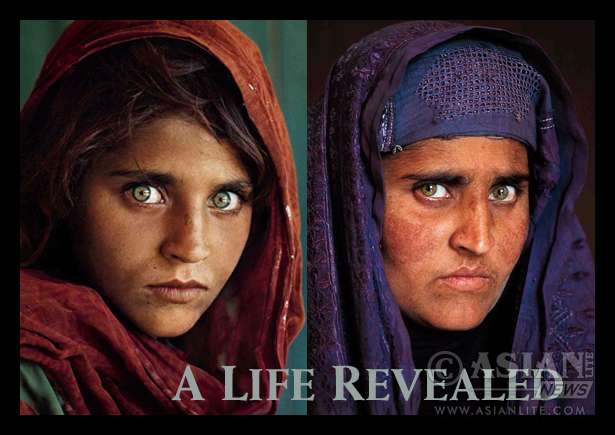 It was one of the earliest and most defining images of the troubles of Afghanistan ever seen, with the portrait of a teenaged girl with the haunting but mesmerising green eyes which seemed to encapsulate both the trauma and resilience of a war-torn country, but legendary American photographer Steve McCurry said it happened quite accidentally.

Walking to his tent to get out of the harsh forenoon sun in Peshawar, which hosted a considerable amount of Afghan refugees who had fled after the Soviet invasion, in 1984, he came across a 13-year-old girl who became the subject of his most iconic portrait, the Afghan Girl.

“You could see the trauma but she had this human spirit to move on,” he said at a session, titled “Beyond The Afghan Girl”, at the Jaipur Literature Festival , where he talked about his inspirations and travels.

The girl was later identified as Sharbat Gula and McCurry and a team from the National Geographic, where the photo appeared in 1985, tracked her down 17 years later to find she had aged but was as striking.

McCurry said his love for photography roughly at the same age as “The Afghan Girl” when he saw a photospread by a renowned New Zealand photographer in Life Magazine.

Before he left for college, he was for a short time in Sweden and went round taking endless amateur photographs.

“That was a pivotal point for me. Photography was suddenly not about birthdays or monuments but about photographing ordinary things,” said McCurry, who has created unforgettable images, which span various fields but always retain the human element

Studying filmmaking in Philadelphia, he suddenly decided photography was what he wanted to do, bought a one way ticket to India in 1978, and visited Dehradun, Goa, Mumbai and south India, with his initial plan of six months stay extend fourfold.

Asked by JLF director William Dalrymple if he sent his photos to magazines at that time, McCurry admitted that he had only sent them to his sister.

However, his photography career took off in leaps and bounds, when he arrived in Afghanistan in June 1979, just six months before Russia invaded. The world wanted to see Afghanistan, and McCurry had rolls and rolls of films of it, as well as some memorable experiences, including some hair-raising moments.

Asked if his work had made a “difference” to society, McCurry responded that he believed in the power of pictures to change a person’s perception, citing the case of The Afghan Girl, which led to the creation of charitable foundation ImagineAsia, set up with the assistance of local leaders to raise funds for educating children and women across Afghanistan.

His new book “India” includes photos of his personal journeys around the country, and the people he emotionally connected with.

“I wanted my first book on India to include my favourite photographs,” he said, adding that the depth of Indian culture never failed to intrigue him, and that he had entered a ‘love affair’ with India from the first moment he set foot here and hoped it would never fail to welcome him.