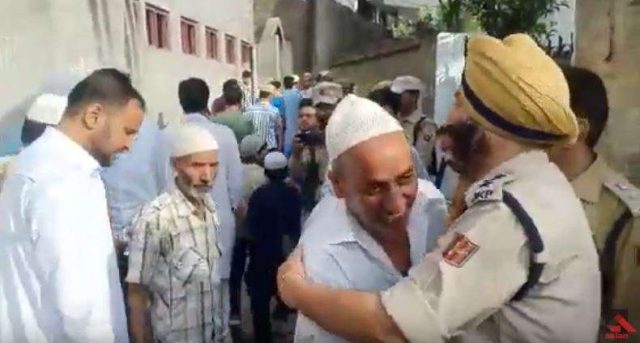 Over 10,000 Kashmiris offered prayers in a “peaceful environment”, though there were some “minor localised protests of a routine nature” ….A special report by Asian Lite News 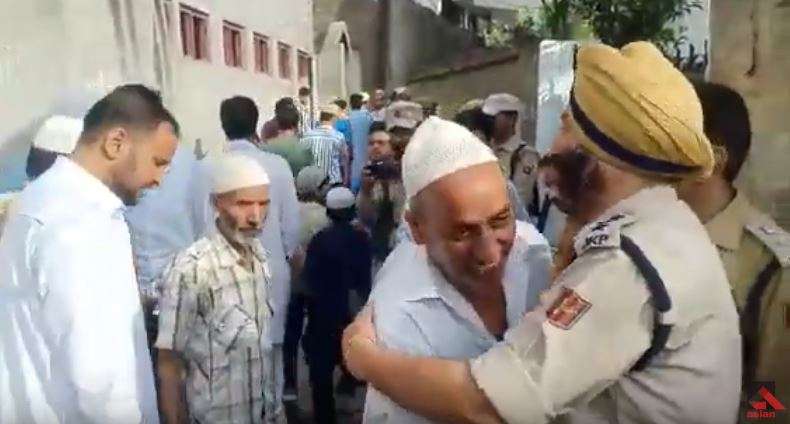 Photographs and videos shared by the government on social media showed people celebrating Eid in J&K, which has been under restrictions since August 5 when the government imposed prohibitory orders prior to revoking Articles 370 and 35A of the Constitution which gave special status to the region.

National Security Advisor (NSA) Ajit Doval and the state administration’s efforts to ensure a peaceful Eid appeared to have paid off, after the government reported that over 10,000 people offered prayers in a “peaceful environment”, though there were some “minor localised protests of a routine nature”.

There have been some isolated incidents of stone-pelting at “small levels” and the police handled the situation and dispersed the protesters, a statement from the government said.

Sources in the security establishment said Doval wanted to be on the ground in the state to personally take stock of the situation instead of depending on the inputs gathered from security officials. He had left on Sunday for a quick trip to New Delhi but was back in Srinagar by Sunday evening, said sources.

Doval’s Kashmir trip and photographs of him enjoying roadside meals along with locals in south Kashmir have attracted a lot of views and appreciation.

On Monday, Eid prayers were not allowed in most of the main mosques in Srinagar where curfew-like curbs were re-imposed on Sunday amid fear of violence. People offered namaz in the smaller masjids and many were also seen greeting on duty police personnel.

“Eid prayers concluded peacefully in various parts of the valley. No untoward incident reported so far,” the official Twitter handle of the Jammu and Kashmir Police posted on Monday morning.

“People come out in good numbers to pray on Eid in Jammu and Kashmir prayers concluded at prominent mosques in Srinagar and Shopian. Over 4,500 offer prayers at Eidgah Jammu.”

Doval, who has been keeping a close watch on security for over a week in Jammu and Kashmir and mingling with the people in the Valley, on Monday sat down with the J&K police personnel and officers for a ‘bara khana’ (meal with jawans) at the police control room on the occasion of Eid.

Doval, who has been visiting different parts of the Valley, including the troubled hot-spots of Anantnag, Sopore and Shopian, for the past week, went on an aerial survey of Srinagar and other parts of Kashmir Valley. He later interacted and greeted J&K Police officers and personnel on the occasion of Eid, after which he joined them for the Eid meal, at which senior officers of JKP were present.

During his interaction with the JKP, the NSA appreciated their hard work and commended each one of the officers and personnel present for ensuring peace and facilitating general public. He also conveyed Eid greetings to the families of the police personnel.

“Everything was normal and people were seen celebrating Eid,” sources said.

Ahead of Eid Al Adha, Doval had also visited a sheep mandi to enquire if the sale of animals for the Eid was going on properly. The administration has been working overtime to ensure the people of J&K have a peaceful Eid, in the wake of the lockdown due to revocation of special status to Kashmir.