A journalist, author, columnist, human rights activist, diplomat, peacenik and a doughty fighter against the Emergency – Kuldip Nayar saw Indias modern history being made and wrote about it with depth and passion… Prashant Sood  writes in tribute to Kuldip nayar for Asian Lite News

Though he wore many hats in his long career, he remained a quintessential journalist till his last breath and did not shy away from speaking his mind, including on communal upsurge.

Nayar (95) was jailed during the Emergency (1975-1977) by the Indira Gandhi government and he fiercely fought for press freedom.

He covered a host of events in his journalistic career spanning over six decades and wrote about major figures in India and the neighbourhood involving the eras of Lal Bahadur Shastri, Jai Prakash Narayan, Indira Gandhi, Zia-ul Haq and Zulfikar Ali Bhutto.

Nayar, who was a media advisor to late Prime Minister Lal Bahadur Shastri, was a witness to the Tashkent Accord signed between India and Pakistan. Shastri had died the same night following a heart attack. He knew former Prime Minister Indira Gandhi so well that he was almost on first name basis with her.

Nayar’s ideas were shaped by partition which changed many lives, including his own. The trauma of partition strengthened his belief in pluralism and in the idea of judging a person by his commitments not his religion. 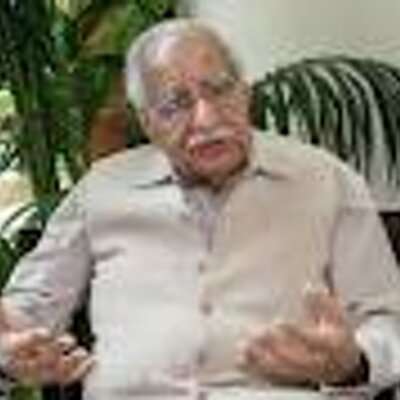 As a dove on Indo-Pak relations, Nayar started the practice of a candlelight vigil at the India-Pakistan border on the night between August 14 and 15 in early nineties and people joined him in marches up to the border at Attari. Though some saw Nayar’s move as unrealistic sentimentalism, he was an optimist for peace and firmly felt that war is not an option between the two countries.

He felt that boosting people-to-people contacts was a way to move forward for the two countries and that Kashmir problem can be solved through mutual cooperation, understanding and accommodation.

Nayar, who was frequently asked about his experience of Emergency, had told IANS in an interview that it was nearly impossible to impose it again but an authoritarian system can still prevail.

He was concerned about conformist, indifferent or pro-establishment press and felt that the present conditions in the country require the judiciary, the press and students to speak out.

Born on August 14, 1923, in Sialkot (Pakistan), Nayar joined Delhi-based Urdu newspaper “Anjam” in 1948 and his first major assignment was to write on Mahatma Gandhi’s assassination which left a deep impact on him.

He was the Editor and General Manager of United News of India (UNI) and Editor of The Statesman. He also worked with the Indian Express and foreign publications like The Times, London, The Spectator and the Evening Star.

A prolific writer, Nayar was also the autho