Prime Minister Narendra Modi said his visit to all five Central Asian countries demonstrates the importance India attaches to a new level of ties with the region and added that Kyrgyzstan is a key part of that vision.

In a statement after holding talks with President Almazbek Atambayev, Modi also thanked Kyrgyzstan for its support to India’s candidature for a permanent United Nations Security Council seat.

The two sides signed four agreements, including in defence cooperation, and a Memorandum of Mutual Understanding and Cooperation in the field of elections.

“We see an important place for Central Asia in India’s future. We can reinforce each other’s economic progress. We can contribute to cooperation and integration across the different regions of Asia,” he said.

He said India and Central Asia “seek a peaceful and secure neigbourhood at a time of challenges in our region. And we have shared interest in combating extremism and terrorism that has become a threat without borders”.

Modi expressed happiness over the agreement between the two countries’ election commissions, and said he looked forward to a parliamentary delegation from Kyrgyzstan visiting India.

Modi said the launch of a tele-medicine link with India, which he is to inaugurate, would be the first in the region.

“We will also initiate the second phase of the Kyrgyz-India Mountain Bio-Medical Research Center.

“I am pleased that we have established an India-Kyrgyz Centre for Information Technology in the Kyrgyz State University in Bishkek.

“Information technology is critical for success today and for creating opportunities for the youth. We will be pleased to set up similar centres in other major cities in Kyrgystan.”

Modi said both countries would hold a round table in Bishkek in the field of agriculture to explore possible avenues for cooperation and identify concrete projects.

“Kyrgystan’s commitment to the UN Peacekeeping Missions is truly laudable.”

He said the bilateral defence ties were strong. “We have just completed a joint exercise… We have decided to hold joint military exercises on an annual basis”.

“The IT Centre in the Kyrgyz Military Academy is an example of innovative cooperation that is important to both countries”.

He said the new agreement on defence cooperation would provide a framework to broaden engagement and would include the defence technology.

He congratulated President Atambaev on Kyrgyzstan joining the Eurasian Economic Union and said both sides have agreed that a Free Trade Agreement between India and EEU would substantially increase cooperation.

“He expressed support for an early completion of the Joint Study Group’s feasibility report. We agree this will make Kyrgyzstan a base for India’s economic engagement in the region,” Modi added.

The agreement on defence cooperation seeks to deepen cooperation in matters relating to security, military education and training, military exercises, and exchange of experience, military instructors and observers.

Both sides also inked a MoU on cooperation in the fields of standards and culture. 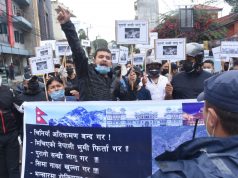