Why Indian media must understand that crime has no gender….writes  Ahmad Shariq Khan, Director, Communique Republic, a Delhi based, independent media thinklab and editorial initiative 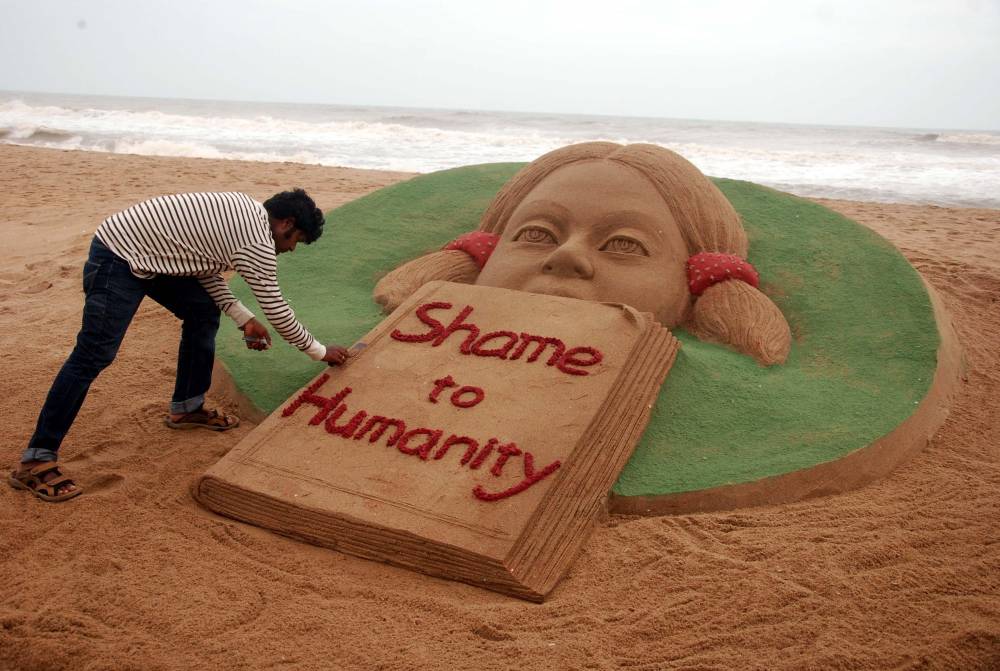 Ever since the story of Jasleen Kour broke out in the post-Nirbhaya, media triggered- profeminism environment; national twitter trends, retweets, facebook likes, and TV anchors belonging to Arnab Goswami tribe, spoke only of Sarabjit Singh (the youth in question) as a ‘pervert’ and ‘molester’.

Here is my reasoning for giving the guy the benefit of the doubt after listening to his side of the story.

While on one hand, I strongly believe that Jasleen has every right to defend her prestige and modesty, the way she let her version get out of the Pandora’s Box, and let it be misused by online bullies/trolls, is simply not the right approach. This is simply unbecoming of an Ex-NDTV intern, who studies at the country’s foremost educational institution- St. Stephens, and is associated with AAP, whose manifesto has been pro-common man.

The issue with roping in social media in bringing someone to book is, while, the word ‘alleged’ is very important in news lingo and in legal context, this word doesn’t surface in social media discussions mainly led by 18-30 years olds. 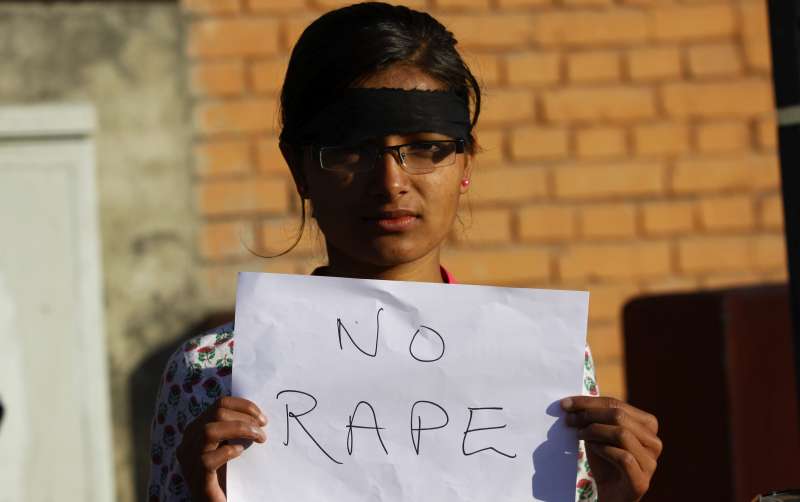 And then, you have the preying eyes of our eyeball-hungry media outlets that, 24/7, are on the lookout for any ‘hot trend’ on which they could repackage as ‘the most important agenda’ before the Nation. Plus, thanks to their very own Studio based-Kangaroo courts, citizens can now have instant verdicts on literally anything under the sun. Obviously, who can dare to stop them: after all, they are the ‘fourth pillar of democracy?

This time, too, the fourth pillar broke the glass ceiling, and again, propagated akin to the famous lines by Abraham Lincoln on democracy – Journalism by the people, of the people and for the people.

Wouldn’t it have been nicer if media, before naming Sarabjit as Pervert, should have waited for him to come out of Police Station? Legally speaking, eve-teasing and a minor verbal skirmish with a lady at a red light, over, the right of way, are two different things. And now, with the eyewitness presenting an altogether different perspective to the issue, a thorough investigation could only reveal the reality.

Why Crime (at times) has no Gender? 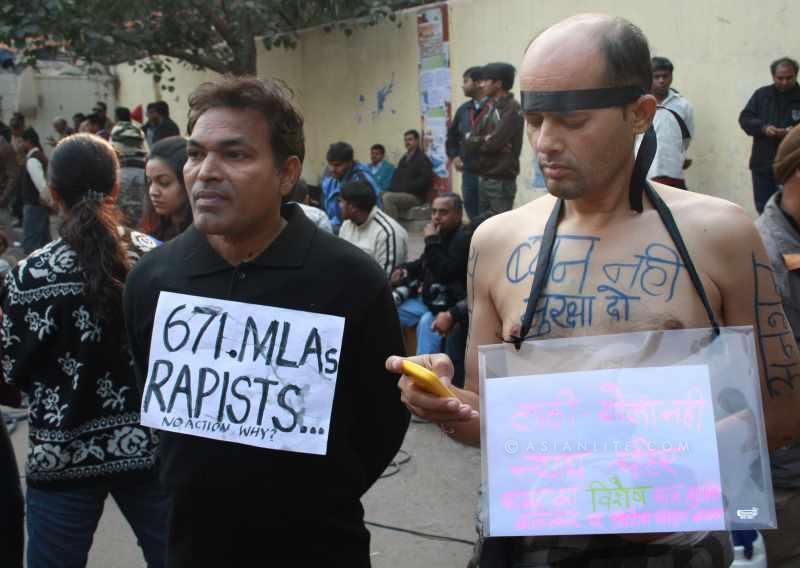 According to Govt. figures, every year more than 10,000 complaints of dowry harassment are found to be false. Delhi Commission for Woman (DCW) says, 53.2 percent rape cases filed between April 2013 and July 2014, were false. With our undying obsession for hero-worshipping, we can also cite Rohtak Sisters who were later found out to be liars and bullies. Also, Mumbai’s Muslim girl’s recent claim that she was denied a flat because of her religious affiliation was also turned out to be baseless.

I am deeply saddened by the role of so-called news channels with dozens of in-house researchers. I ask those teams of researchers: what are they are doing there? It’s high time; they must understand they are into serious business with manifold repercussions of their broadcasts. 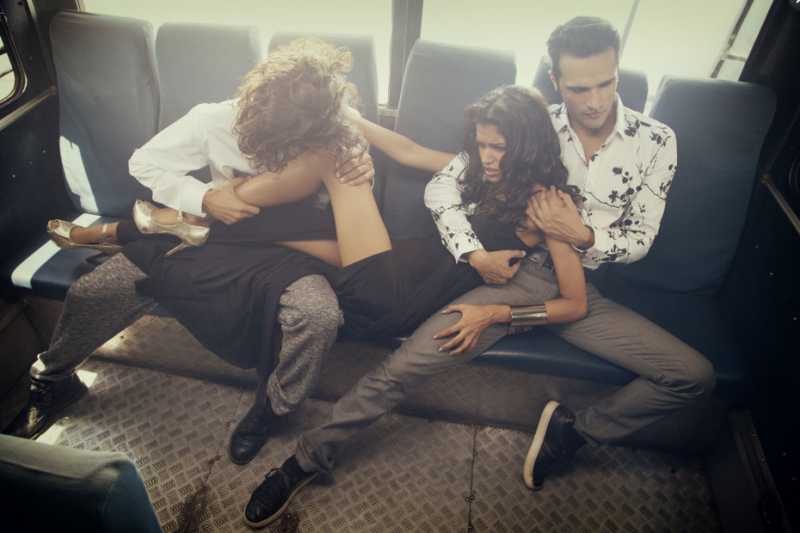 These can make or mar lives, and unlike a free virtual playground or warzone that social media offers, they must remember they are bound by certain Code of Conduct by institutions such as News Broadcasters Association and Press Council of India. As per Press Council of India’s Norms of Journalistic Conduct- accuracy and fairness, and pre-publication verification figure as the top two most important guidelines.

It further says, “while it is the duty of the press to expose the wrong doings that come to their notice, such reports need to be backed by irrefutable facts and evidences”. Similarly, News Broadcasters Association’s code of Ethics specifically urges reporters to, “make it their mission to seek the truth and to report it fairly”. Now the readers are free to judge on their own, whether these guidelines were really respected or were just tossed aside?

The Arnab Tribe at it again

Now let’s talk about the Arnab tribe whose reporter did not wish to listen to Sarabjit’s version and kept on degrading him. On this distasteful journalism, I wish to only repeat Arnab’s very own line, “if this is journalism then God save this profession”.  In my view, what he does during 90 minutes at Newshour is nothing but conducting a theater workshop or a training session for novice politicians. His fellow journalist’s recent admission that he asked him to pick holes in Nupur Talwar’s Version very well exposes the quality and authenticity of his self-styled journalism. We all need to confront this tabloid based journalism.

The lessons for future

In the absence of any evidence or eyewitness, the nation, including Arnab and his many clones, should have given both of them the benefit of the doubt. Further, we should not, and cannot, afford to be unfair to Jasleen and brush aside all her claims. So, till the law takes its course we must stop bullying the two of them.

The fact is in India, thousands of crimes against women do take place each day, and countless go unreported or never see the light of the day due to the lack of evidence. So, just because, a counter–argument has surfaced against a lady this time, does that mean, are we, as a society going to encourage our cops to turn away every woman who reports of molestation (minus any evidence)? No, we should never do that. We must listen to their grievances with utmost sincerity. In India, which is still a male chauvinistic society it takes a lot of courage to come out and report crimes against woman. Hats off to Jasleen for holding her ground!

Also, we as Indians need to shun the attitude of bias-display based on age-old stereotypes. Suppose a cyclist hits a pedestrian, then eight out of ten of us, would go on to advice the cyclist to mend his ways. Similarly, out of a car knocking a cyclist, a majority of us would side with the ‘poor’ cyclist, and start confronting the car driver (since of course he represents the ‘haves’ and not the ‘have-nots). On the same note, if a nice lady is seen shouting at someone on the road, then we generally tend to get the feeling that the guy must have done something wrong to her. This is exactly what happened in Sarabjit-Jaskiran faceoff.

I ask our fellow citizens: can we really afford to turn so myopic to repeat the blood-baying misadventure led just by public and media trial? Have we really forgotten the lesson from Nagaland mob lynching where the outrage was found out to be mainly due the accused’s identity and not his alleged wrongdoing?

I really appreciate the fact that finally good sense seems to be prevailing across the country. I believe individuals such as journalist Deepika Bhardwaj, who rightly questioned the absence of the man’s version of the story (even tweeted the picture of the alleged abuser’s Facebook post on her wall) and actor Sonakshi Sinha who, as I write, has apologized to Sarabjit for judging him, should be called Bravehearts for not adhering to the herd mentality.

To sum up, I just wish to say that vigilantism is good but it must go together with a greater sense of responsibility. For girls in India, I just pray that this incident doesn’t in any way add to the message given in the famous Aesop fable – The Boy Who Cried Wolf.

Journalism cannot be public relations nor can it be character assassination, Said Rajdeep Sirdesai.

We better leave journalism at that, else we all are doomed.

Ahmad Shariq Khan is the Director, Communique Republic, a Delhi based, independent Media Thinklab and Editorial Initiative. He tweets at @CommRepublic, www.communiquerepublic.com)