The most famous teen in the planet, Malala Yousafali, arrives in Nigeria to support the release of 200 girls abducted from their school by Islamic militants in April. The teenager, who was shot by the Taliban, defied security warnings to fly to Nigeria on her 17th birthday, The Times reported. 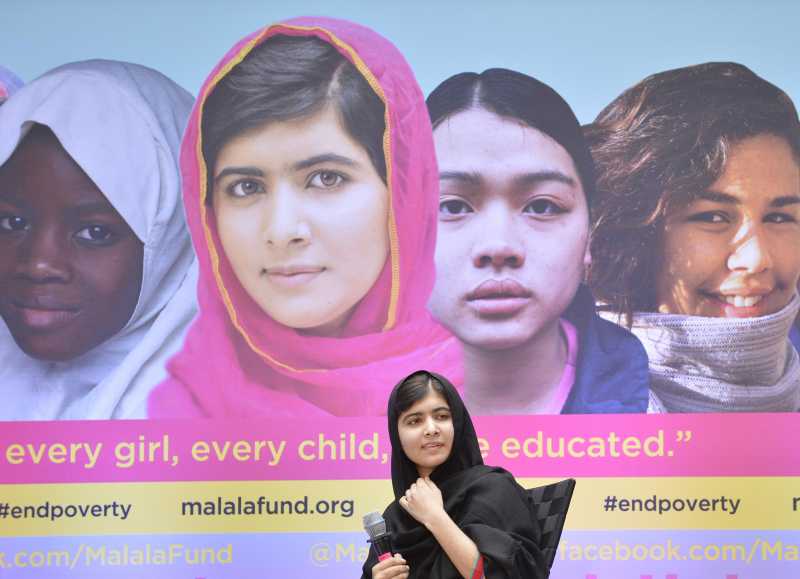 “I want to highlight this issue so world leaders will keep their word to help bring back those girls,” she told The Times. “It was on the world radar for a few days then everyone stopped talking about it.”

Malala ignored threats to her own security to fly to the Nigerian capital, Abuja. She will spend three days meeting campaigners, the parents of the girls and some of those who escaped their captors in the first few hours.

Her birthday has been declared international Malala Day by the United Nations. Last year she addressed the UN Youth Assembly in New York, calling for education for all 57m children worldwide currently not in school. Tomorrow she will announce the biggest project to date of her Malala Fund, with a £145,000 grant for scholarships. Some of the money came from the sale of a portrait of Malala by British artist Jonathan Yeo, which fetched £49,000 at auction in New York.

Malala was one of the first celebrities to embrace the #Bring Back Our Girls campaign that took off on social media in May. She was joined by David Cameron, Michelle Obama and other high-profile figures who pledged to do all they could. Both America and Britain sent military support, as well as police and intelligence experts and the RAF has lent Nigeria a Sentinel surveillance plane. But it is now 90 days since the girls were abductedfrom their schools in Chibok, northern Nigeria. They were captured by Boko Haram militants dressed in army uniforms and taken into the Sambisa forest.

While she is in Nigeria, Malala will meet other girls risking their lives to go to school. “I was in the same situation as them,” she said.

“Taliban closed our schools, destroyed more than 400 schools. Like them, I was one of those students who dreamt of having a good future and a successful career and I believe they have the same dreams.”

She added that she remains hopeful the Chibok girls will be released. “My message to the Nigerian girls is they should never lose hope that their voices will be heard,” she said.