Manika Batra, who created history by becoming the first Indian female paddler to win an Asian Games medal, is now planning to work overtime in order to improve her reflexes and agility and come close to matching her Asian counterparts by the 2020 Tokyo Olympics…reports Asian Lite News

Manika, who built on her Commonwealth Games (CWG) high by winning a bronze with veteran Achanta Sharath Kamal in the mixed doubles category in table tennis, was no match for Wang Manyu of China in the pre-quarterfinals of the women’s singles.

Though it was the best-ever outing for the country in the sport at the Asian Games, with the men’s team also bagging bronze, Manika said she has her eyes set on a podium finish at the Olympics in two years’ time and for that she needs to catch up with the mighty Chinese and other strong Asian players.

“I gave my hundred percent against Wang Manyu, but I realised I have to improve a lot to beat them. I will prepare well for the coming tournaments,” Manika told IANS in an interview.

“As a team we are in a good shape right now. In singles we have to improve a lot, especially when we play with Asians. Their reflexes are so good. Personally, I have to improve my reflexes and agility to match them.

“So I will work on that till the Olympics and try to match them there,” said Manika, who showed signs of ending Singaporean supremacy in the discipline by choking out Mengyu Yu in straight sets to clinch a historic first-ever gold medal in women’s singles of the CWG earlier this year.

The 23-year old bagged four medals at the 2018 Commonwealth Games as India finished with a rich haul of eight.

Besides her game, Manika also aims to break into the top-40 rankings. Currently, the Delhi girl is ranked World No 56.

“Personally, my goal would be to break into top 30 or 40. I am 56 right now, so I have to improve that. To improve my rankings, I have to play many tournaments abroad, so I am preparing for that as well.”

Manika, who will take part in the Belgium Open, starting from September 23, and the Swedish Open, from November 15, also revealed that she has plans to play for a European club next year but it’s too early to speak on that, she added.

On her and Kamal’s bronze medal winning performance in the semifinals of the mixed doubles match where they ended up with bronze, Manika said she never wanted to come back empty-handed from Jakarta.

“It was not difficult, but, of course, since all Asians come together at the Asian Games, the challenge is stiffer as compared to Commonwealth Games. In my mind, it was there that it would be difficult… but when I reached Jakarta, I thought that I had to do something here, I had to beat someone,” she said.

Kamal and Manika played four matches in a day and only the opener against Malaysia was comfortable. 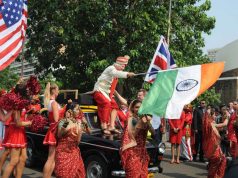