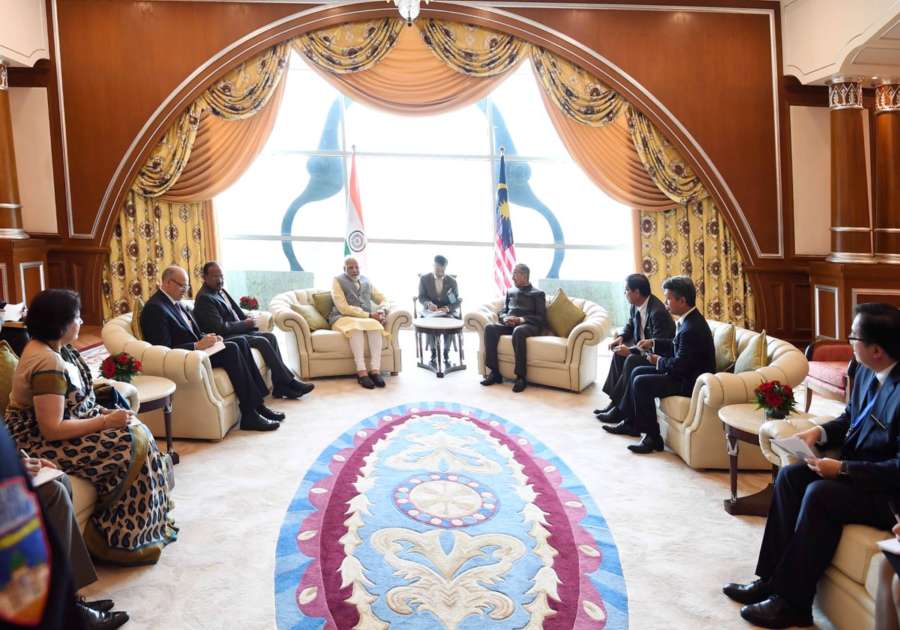 Visiting Indian Prime Minister Narendra Modi had a “productive exchange of views” during a meeting with his newly-elected Malaysian counterpart Mahathir Mohamad here on Thursday.

Mahathir, who governed Malaysia for more than two decades, became, at the age of 92, the world’s oldest elected leader earlier this month.

Modi arrived here from Indonesia earlier in the day for a brief stopover before leaving for Singapore on his three-nation tour of southeast Asia.