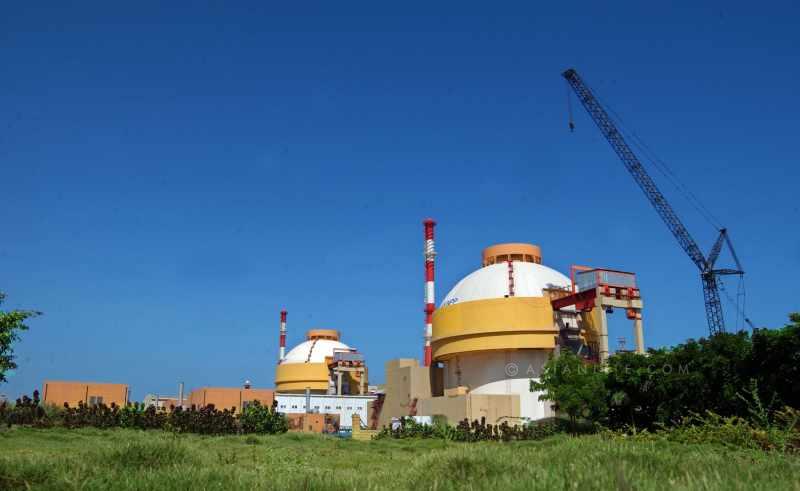 In the post Fukushima world, where safety concerns were repeatedly raised around nuclear power plants, Retired Chairman of Atomic Energy Commission and Founder-Chairman of Nuclear Power Corporation of India M.R. Srinivasan said that the incident was “location specific”.

He also added that eventually, Vietnam may pursue nuclear power as well.

In March 2011, a tsunami-led equipment failure resulted in three nuclear meltdowns and the release of radioactive material in a nuclear power plant in Fukushima, Japan.

“In general, the interest in expanding nuclear power in the large Asian countries will continue,” said Mr Srinivasan.

In Europe and North America, the desire to reduce carbon emissions would push revival of nuclear power, he said.

Application of radiation technologies in medicine, biology, agriculture and industry would grow globally.

Srinivasan said the difference in situation prevailing in both the countries led to different reactions.

The referendum was initiated by the Green Party, according to which all nuclear plants would be phased out after a life-span of 45 years.

The plan, backed by the Green Party, would mean closing three of Switzerland’s five nuclear plants in 2017, with the last shutting in 2029.

In Vietnam, prospect of low cost natural gas would be one reason for stopping the nuclear project at this stage.

“The prevailing low cost of solar photovoltaics may give a boost to solar power, and offshore natural gas may offer a near term economic source of energy,” Srinivasan told IANS.

“However, I believe they will pursue nuclear energy in the long run. Over time they will need base load energy and that would favour nuclear power development,” he said.

Talking about Switzerland, the scientist said: “As for Switzerland, Swiss business groups are right in concluding that a hasty exit from nuclear energy would hurt them.”

Switzerland would not want to lose 40 per cent of its electricity coming from nuclear power plants at economic prices, he added.

Srinivasan also ruled out the overall fear post Fukushima. “The Fukushima accident which resulted in the earlier Swiss decision is being seen in a more balanced manner.

“Reviews carried out on the safety of nuclear power plants around the world have confirmed that the earthquake and Tsunami that hit Fukushima were location specific.

“Enhancing safety under Station Blackout conditions has been carried out at manageable costs and is proving to be very reliable,” he said.

Srinivasan also cited the example of Germany, and said over-dependence on renewable energy might have its own fallout.

“Germany is finding that over reliance on renewable energy, as a result of their decision to phase out nuclear, is hurting them,” Srinivasan said.

“It would be no surprise if Germany itself does a rethink on exit from nuclear energy, especially, because of the need to reduce carbon emissions,” he added.

In India, nuclear power is the fourth-largest source of electricity in India after thermal, hydroelectric and renewable sources of electricity.

As of 2016, India has 22 nuclear reactors in operation at seven sites, having an installed capacity of 6,780 MW. This was around 2.2 per cent of the total electricity.

Rajasthan Royals back in the race with easy win over CSK