Expressing concern over the present state of affairs in Nepal, the Himalayan nation’s dethroned king Gyanendra Shah has indicated that he could become active in politics again.

In a media statement on Tuesday ahead of Nepali New Year 2073 Bikram Sambat, the last monarch of Nepal’s Shah dynasty said: “The nation should get rid of the power-ravenous leadership that is only focused on personal gain. With such a leadership, the state has been weakening.”

“The very concept of the state has weakened, regional and global politics is on the verge of a new stage,” he said in the statement that indicated he has garnered support from some powerful nation to move ahead.

He said the Nepali people were losing their patience due to the mismatch between power-ravenous leadership and people’s aspiration.

He said there was a need for a new patriotic leadership which could stand on its feet, “who can preserve the sanity of Nepalis and who believe that Nepal’s existence and sovereignty is a prime concern”.

Shah relinquished his throne in 2008 after the then political parties of Nepal decided to adopt republicanism in Nepal.

Gyanendra, who normally leads a reclusive life, has chosen to speak out at Dashain — a major Hindu festival — and on Nepali New Year during the past eight years.

He keeps reminding his countrymen that he may be a spectator to the ongoing developments but is definitely not silent. Otherwise, most of the time, he either spends his days with his family in a palace on the outskirts in Kathmandu or visits abroad.

Shah also urged the political leadership to bear in mind the geo-political sensitivity of the south Asian region.

“Our national values like religion, culture, language, history and civilisation are under attack and it is a matter of concern for us as to how we can hand over these monuments to the next generation. For this, we have to bear the new power dynamics in South Asia and emerging geo-political sensitivity.”

In the past also, he vented similar ire against the country’s political leadership, reminding everyone that he may become active again to preserve the gift given by his ancestors to him.

“Everyone knows here what we were, where did we stand, where we stand now, where the country is heading, what the society is thinking about and what should be our joint roadmap. For this, we have to make a honest contribution in this respect,” he said. 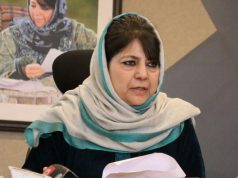 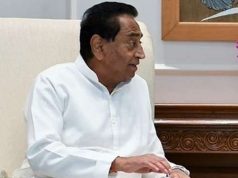 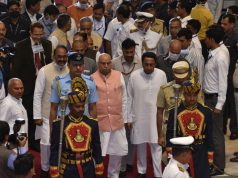