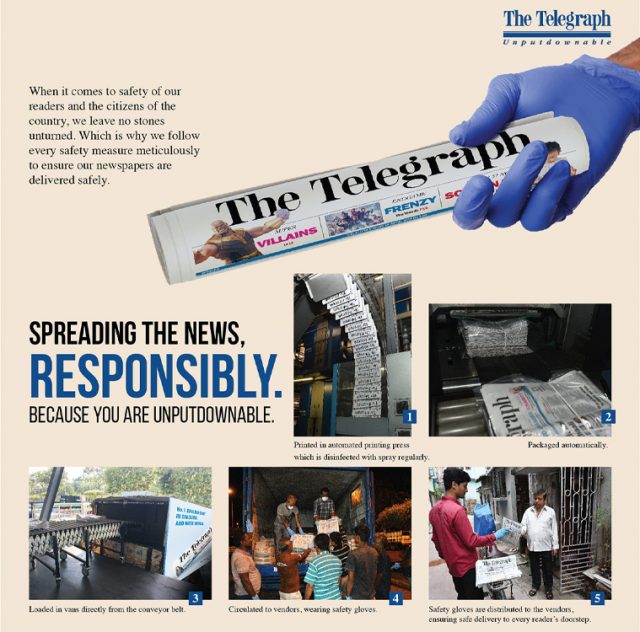 A viral video shows a Keralite ironing a newspaper to kill Corona virus! There has never been a reported incident of COVID-19 being transmitted via newsprint. The early scientific research on virus transmission to inanimate surfaces suggests porous surfaces carry the lowest potency for the shortest period of time. Newspapers are even more sterile because of the ink and the printing process they go through …. Writes Kaliph Anaz 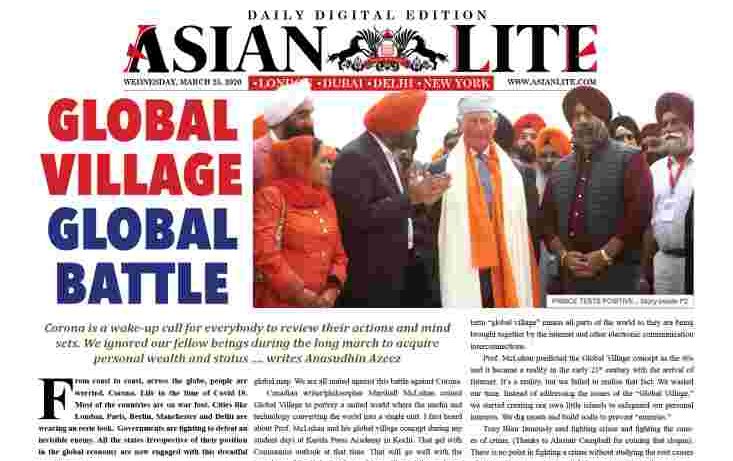 News websites like BBC, mailonline.com, CNN are getting heavy traffic after the Corona outbreak. About 25 per cent of the global population of 7.8 billion are on lockdown. They are looking for latest on their local communities. People are shunning newspapers across the world because of fear of Corona spread through the printed surface.

Countries like UAE and Oman suspended printing of newspapers for the general public. They can still distribute to directly to the subscribers.  Indian newspaper vendors say 80 per cent of the sale is down.

“Most of our customers have stopped purchasing newspaper, saying that it can carry the virus into their homes. We are not even allowed to enter most of the housing societies,” a hawker told news agency ANI in Kolkata, capital of West Bengal in India.

“Our sales have gone down by 80 per cent,” said Amit Goswami, a newspaper distributor in Kolkata. 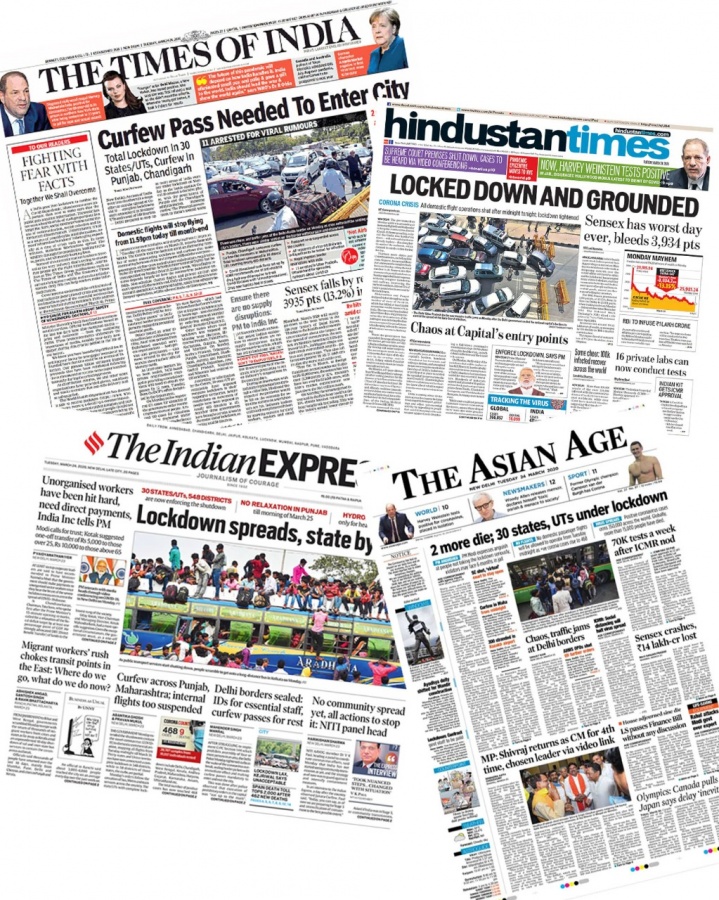 “There has never been a documented incident whereby the COVID-19 virus has been transmitted from a print newspaper, print magazine, print letter, or print package, according to the world’s top doctors and scientists,” Mr Wilkinson said in a statement.

“In recent days, INMA has received a few inquiries about this scientific possibility — to which we cited World Health Organization (WHO) guidance on the matter. Yet the unprecedented global pandemic naturally breeds a paranoia about everything we touch, so let me present to you what INMA knows on this subject. “

WHO says: “The likelihood of an infected person contaminating commercial goods is low and the risk of catching the virus that causes COVID-19 from a package that has been moved, travelled, and exposed to different conditions and temperate is also low.” 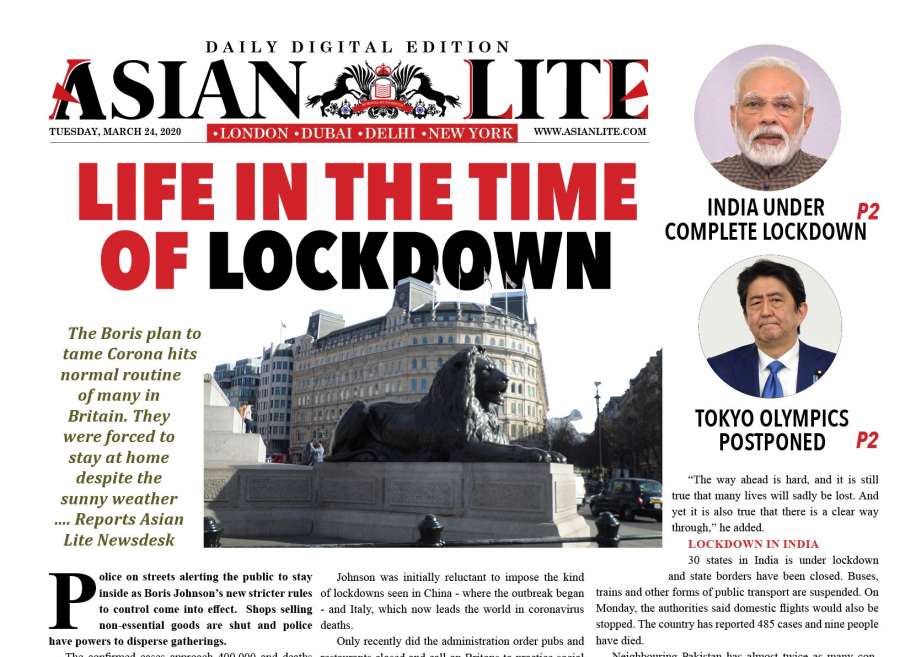 The U.S. Centers for Disease Control (CDC) says “it may be possible” for a person to get COVID-19 by touching a surface that has the virus on it, “but this is not thought to be the main way the virus spreads.”

The WHO and CDC statements sound like a hedging of the unknown — fair enough in these times. Yet the fact remains there have been no incidents of transmission on print materials.

A study from the National Institutes of Health (NIH), Centers for Disease Control (CDC), UCLA, and Princeton University scientists published last week in the New England Journal of Medicine showed the varying stability of the coronavirus on different surfaces. Across aerosols, plastic, stainless steel, copper, and cardboard, the lowest levels of coronavirus transmission possibilities were via copper because of its atomic makeup and cardboard — presumably because of its porous nature.

Emphasising that the virus spreads when transmitted by aerosols, researchers duplicated these droplets and measured how long they stayed infectious on surfaces.

The coronavirus lasts longest on smooth, non-porous surfaces. Researchers found the virus was still viable after three days on plastic and stainless steel. Researchers say that is not as ominous as it sounds since the virus’ strength declines rapidly when exposed to air. Because the virus loses half its potency every 66 minutes, it is only one-eighth as infectious after three hours when it first landed on a surface. Six hours later, viability is only 2% of the original, researchers found.

The virus was not viable after 24 hours on cardboard — and the good news here, like plastic and stainless steel, is lower and lower potency when exposed to air.  For newsprint, which is much more porous than cardboard, virus viability is presumably even shorter.

“Outside, on an inanimate surface, the virus will gradually lose the ability to be an infectious agent. It may dry out, for example. It can degrade when exposed to ultraviolet radiation from the sun. A person sneezing on a surface may deposit many thousands of virus participles, and some may remain viable for days. Still, the likelihood of a person who comes into contact with the remnants of that sneeze goes down over time, because most infections are the result of a large viral load.” 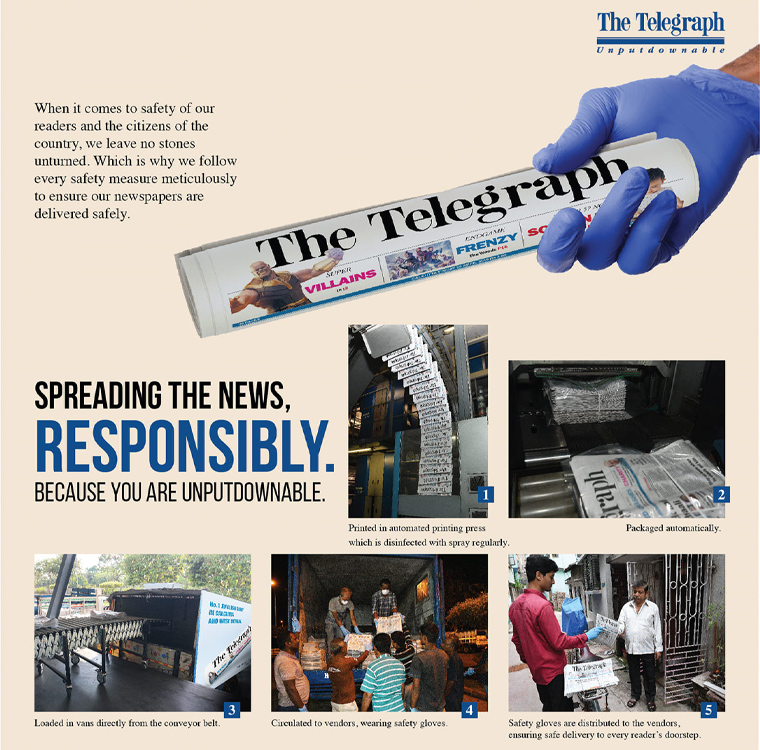 Cornell University infectious disease expert Gary Whittaker told The Post it typically takes “an army of viruses going in” to break through the natural defenses of a human being — meaning surface transmission is a low likelihood of transmission.

In a March 10 interview on BBC Radio Scotland, John Innes Centre virologist George Lomonossoff, who uses molecular biology to understand the assembly and properties of viruses in the United Kingdom, debunked the idea of transmission through newsprint: “Newspapers are pretty sterile because of the way they are printed and the process they’ve been through. Traditionally, people have eaten fish and chips out of them for that very reason. So all of the ink and the print makes them actually quite sterile. The chances of that are infinitesimal.”

“What’s not clear to me is whether it’s best to proactively communicate to customers this “non-transmission via print” news,” said Mr Wilkinson. “There are a few incidents of publishers sending reassuring communications to readers — only to see cancelled print subscriptions as a result. I can only assume that readers had never thought about transmission until the publisher brought it up. Instead, I’m hearing publishers developing talking points for when readers ask about print transmission.”