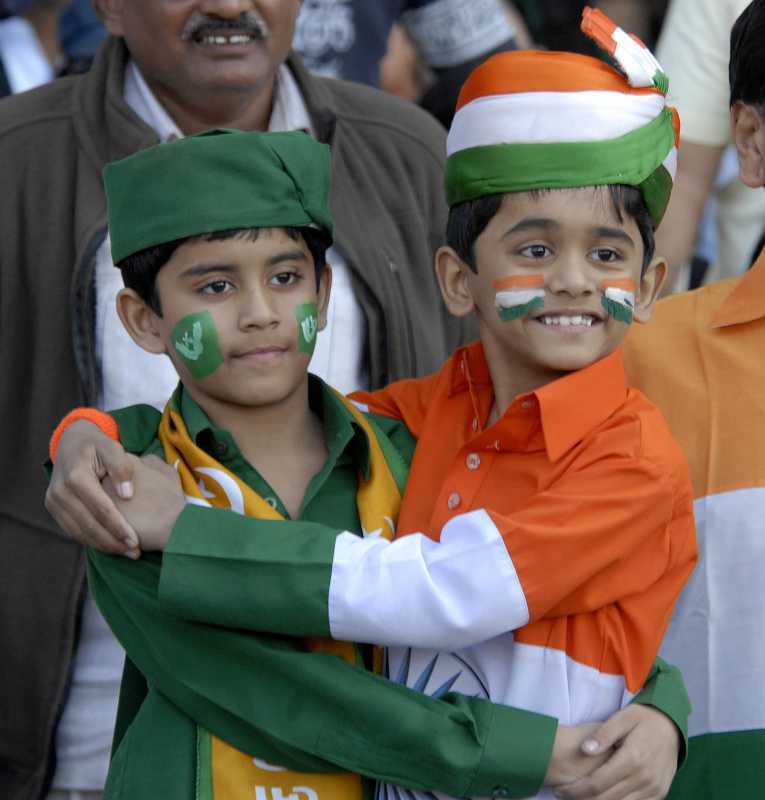 Indian Prime Minister Modi deflected from the importance of the scheduled Indo-Pak Foreign Secretary talks by resetting the parameters of the relationship between two neighbours who have not been neighbourly for 70 odd years. And, besides the spurts of rhetoric, have no particular intention of being neighbourly now.

Modi did not throw the gauntlet from New Delhi. He flung it strategically from Kashmir, the issue that has been the sharpest thorn in the inimical impasse between the two countries. And he did it with intent. Exactly what that intent will be is still up for grabs and open to interpretation,

If you want to be chauvinistic two days before Independence Day and the annual if mildly hypocritical salute to our men in uniform then you can read into Modi’s statement that Pakistan’s inability to fight a conventional war has compelled it to make proxy wars (read that as terrorism) integral to its military policy. He has placed Islamabad on the backfoot and placed the nexus on record.

If you are a Modi detractor you might think that it is a bit of ‘my daddy is bigger than your daddy’ boast in that militarily and strategically there is no victory on either side. There is no way that even India’s superior strength can give it any leverage. In 1971 there was a weak link and that was the geographically ridiculous East Pakistan. That is history. Of course, India will gain more territory by sheer virtue of being larger but having more tanks and planes is not the criterion, if one collapses the other will be crippled and both will be losers.

Now that India and Pakistan can make each other’s rubble dance perhaps it is time for a return to conventional sanity.

Having ensured that this is one act that can only be upped by a complete annihilation this is the ideal opportunity for statesmanship to come to the fore. Most likely, it will not, and both nations will continue to hurtle up the non nuclear arms race spiral , stunningly indifferent to the rising of the stakes in this month of August. The subcontinent is in jeopardy and there is misplaced celebration spawned in that absurd crucible of foreign policy where India and Pakistan are blind to everything beyond their political and military equations.

The maximum battle inoculation activity for a 1.5 million strong frontline force in India and about 600,000 paramilitary men and women is exercises conducted for the infantry where live bullets are fired over prone positions.

Neither nation has used its foreign made hardware in battle conditions nor is there any background to measure their effectiveness in combat. So, putting aside conventional war as a viable scenario (you may as well destroy each other with nuclear blasts and end it all) and keeping well in mind that all wars now are internecine and scarcely nation to nation let us see what Modi meant.

For sure, he has placed a deliberate pressure on the Foreign Secretary level talks scheduled for August 25. That he chosen the week where the military takes centre-stage is clearly a boost for the morale of the men in uniform so that is an exquisitely timed tactic. The armed forces are so marginalised from the mainstream that even a scrap of acknowledgement is received with liquid gratitude.

But it would be premature and wrong to see this hard shift in policy as a green signal to the Indian forces and the people to go for it,whatever that ‘it’ is.

The cost is too high and the need to negotiate still the better option. Indians are already doing a bit of chest thumping, Modi has scored points with the public at large and there is a flush of heroic hurrah in the Delhi air.

That said, there has to be some message in Modi’s remarks that an irate Pakistan will grasp, whether rightly or wrongly. That nation can easily interpret it as provocative and ill-timed and even label it as a bit of warmongering at a time when Pakistan is the single biggest victim of terror.

That is the fact Modi is subtlely referring to in his dramatic swing. We have a common enemy, spawned by you but now a viper in your nest as much as in ours. Let us fight it together and end the scourge.

Will Islamabad get that message?