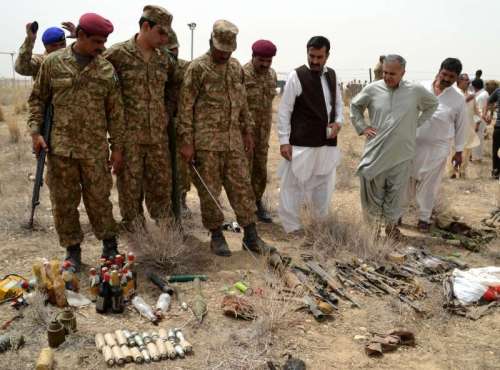 “Today in precise aerial strikes five terrorists hideouts and ammunition dumps were destroyed and 40 terrorists, including foreigners, were killed in villages Nawae Killi and Zaram Asar in area north of Datta Khel in North Waziristan Agency,” Xinhua quoted an army statement as saying.

The strikes were part of the major military operation launched in North Waziristan in June after a rare peace dialogue between the Pakistani Taliban and the Pakistan government collapsed. The region is considered as the biggest sanctuary of Pakistani and foreign militants.

The army says over 1,000 militants have been killed since the military operation was launched.

Independent confirmation of the figure is not possible as media persons are not allowed to visit the areas.

The operation has uprooted nearly one million people who now live in camps, rented houses or with communities in nearby districts.

Prime Minister Nawaz Sharif assured a tribal jirga from North Waziristan that the displaced people would soon be repatriated to their homes.

The military has not yet given any deadline for the repatriation of the dislocated people, who complain of lack of facilities in camps in Bannu, a main city near North Waziristan.

The army says the security forces have cleared some 90 percent of areas of the militants in major towns in the region, including its headquarters Miranshah and Mir Ali, a stronghold of the militants.

The Tehrik-e-Taliban Pakistan and dozens of other groups had established hideouts in North Waziristan, bordering Afghanistan.

Pakistan had been under pressure also from the US to go after the militants who were also blamed for cross-border attacks in Afghanistan.